Afghanistan vs West Indies Match Prediction: Who Will Win, Afg or WI? 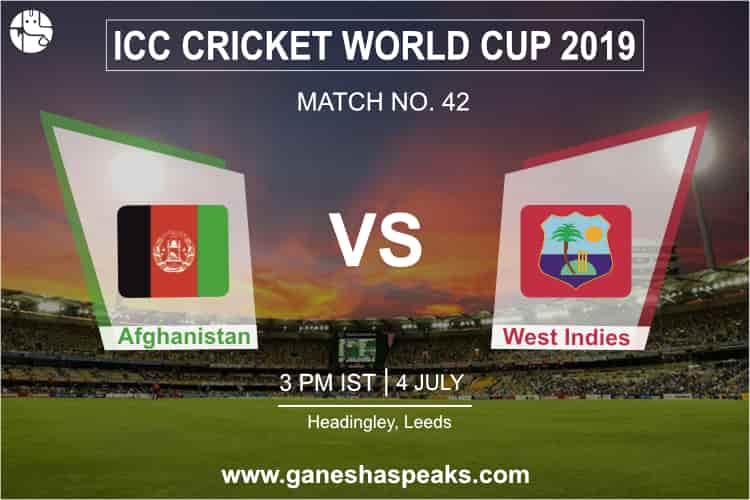 Afghanistan vs West Indies Match Prediction: Who Will Win Afg or WI Match?

Afghanistan will play against the West Indies in the 42nd match of the ICC World Cup 2019. Sadly, both these teams have failed to qualify for the next leg of the championship. Not a lot was expected from Afghanistan since they are relatively new to the international scenario. However, watching West Indies bow out like that has been sad on many levels.

Despite having some good players on the team, they failed to deliver. In fact, their bowling order did try to do their part. However, it was their batting order that caused them the defeats. Back in the 80s, the West Indies were a terror when it came to test cricket. In fact, in 1984 they set a record of winning 11 consecutive test matches. They’ve also won two World Cup titles, one in 1975 and the other in 1979. Nicholas Pooran from the West Indies has assured the fans that they will try and revive their lost pride in the series against India in August 2019.

Rashid Khan from Afghanistan also managed to make a mark for himself in this edition of the ICC World Cup 2019. In fact, the ICC has also named him as one of the top talented debutantes. Even though he conceded over 110 runs in the nine overs he bowled, he was defended by the cricket fraternity.

Who do you think will win the 42nd match of the ICC World Cup 2019? Will both Afghanistan and West Indies play their best despite being out of the championship? Let’s find out what Ganesha has to say.

Get Accurate Match Prediction for All ICC World Cup 2019 Matches.