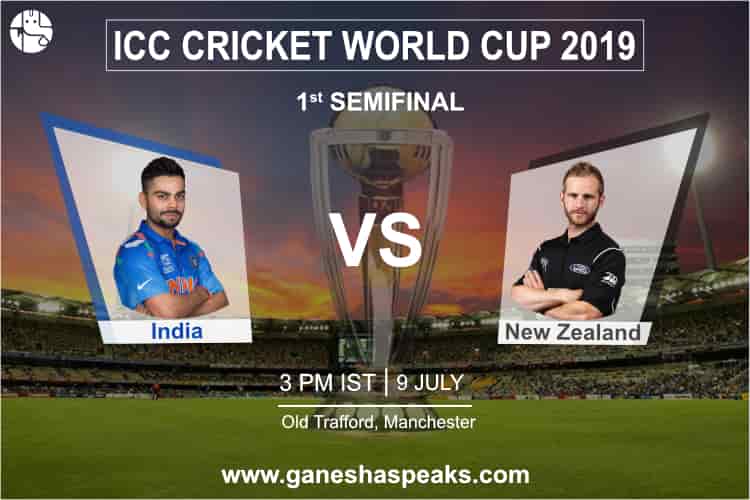 India is all set to take on New Zealand in the first Semi-finals of the ICC World Cup 2019. For days, fans and critics of the game continued to speculate who would make it to the semi-finals. Once India sealed their spot for the semis’ the speculation continued as to whom they would play against. India is now leading the table after defeating Bangladesh, and Australia is on the second spot since they lost to South Africa.

New Zealand has also been playing well in this edition of the World Cup. However, the majority of their wins were against weaker teams. Between India and New Zealand, India is more likely to win and is also a favourite amongst the fans. However, this world cup has seen a handful of upsets already. Luck will also play a significant role. Who do you think will win between India and New Zealand? Will India continue to slay their opponents in their journey towards winning the cup? Will the Kiwis be able to hand India their second defeat? Find out what Ganesha has to say about the game.

According to Ganesha, the winner of the first semi-finals of the ICC World Cup 2019 will be India. Disclaimer: Due to bad weather conditions and the change in the match date, the prediction may differ.