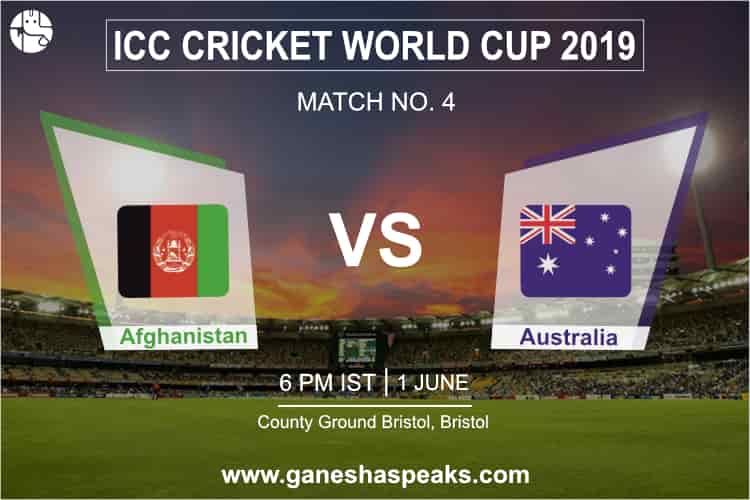 Cricket has been played in Afghanistan since the 19th century; however, it is only now that the national team has made a name for itself. In terms of the ODI standings, Afghanistan is on the 10th spot. They’re evolving with each game they play and are striving towards getting better and better. The current team is being coached by Phill Simmons, who is a former all-rounder from the West Indies. They’ve garnered much appreciation for defeating teams like Sri Lanka, Bangladesh, Zimbabwe and the West Indies. It wouldn’t be wise to take them lightly.

However, the Afghans are up against Australia who are one of the best and the most ruthless teams out there. If taken in good spirit, the outcome of the match will only be a learning experience for the Afghans. The question is about how the Aussies take on the Afghans. Will they be just as ruthless on the pitch? Or will they go easy on the newbies? Who do you think will win the 4th match of the ICC World Cup? Know all Cricket World Cup 2019 Matches Prediction

According to Ganesha, the winner of the 4th match of the ICC World Cup 2019 will be Australia!