Will the UPA Government See the Day After?

Introduction:
Whether the UPA government will stay in power or depart is a question of extreme importance for the citizens of the country as well its political future.The immediate survival of the present government now hinges solely on the outcome of the vote of confidence that is to be held in the Loksabha tomorrow.

Ganesha analyses the fate of the UPA government with the help of various parameters of Vedic Astrology.

Question:- Will the Manmohan Singh Government win the vote of confidence? 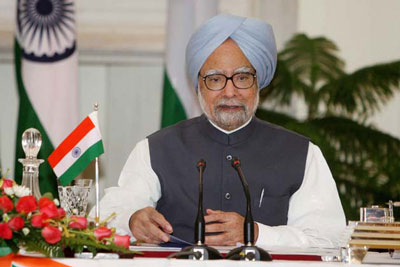 Explanation of Prashna Kundli:
Ganesha observes that the Ascendant Lord Mars is placed in the 10th house with Saturn. Mars is Vargottama. So, Mars is strong in this chart. Adding to this, Jupiter is forming favourable trine with Mars and the 10th house looks favorable for the current government. But, Mars is placed with Rahu in the Navmansa chart and Sun, the lord of the 10th house, is in the 8th house and Saturn’s placement in the 10th house are indicating tough conditions, fierce competition, constraints and possible conspiracies. So, there can be some unexpected turn of events that may keep the suspense up till the last moment.

As Ascendant is gaining strength here, Ganesha feels that the government may win the vote of confidence by a narrow margin.

In SarvaChanChaChakra of India’s country chart following planets will be transiting through Kakshyas with Auspicious Bindus on July 22, 2008.

Following planets will be passing through Kakshyas without Auspicious Bindus.

So, as per SarvaChanChaChakra four planets will favour the government while the other three will maintain their respective unfavourable positions. This indicates that the UPA government may win the trust vote by a narrow margin.

Ganesha feels that the current government will have to face tough situations on July 22,2008 but as majority of the factors are in its favour, the UPA government may win the vote of confidence.