A close call, but Ganesha feels UK will ‘remain’ in EU 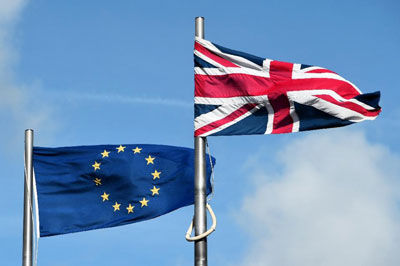 As the UK’s EU membership referendum (also called Brexit) draws closer on June 23, excitement is building up across the world on whether Britain will continue to be a member of the EU after the referendum, or whether it will break free. The issue has been debated threadbare time and again ever since Britain joined EU in 1973, and opinion has always been polarized.This is the second time Britain will be voting on the issue, the first being in 1975, when 67% of the voters chose to ‘remain’.However, in recent years the demand for UK to exit the EU have been growing stronger, so that has now necessitated a second referendum. Those who want to ‘leave’ argue that it would allow the UK to better control immigration, thus reducing pressure on public services, housing and jobs; save billions in EU membership fees; allow the UK to make its own trade deals; and free the UK from EU regulations.Those who want to ‘remain’ argue that leaving the EU would risk the UK’s prosperity; diminish its influence over world affairs; jeopardize national security by reducing access to common European criminal databases; and result in trade barriers between the UK and the EU. In particular, they argue that leaving the EU would lead to job losses, delays in investment coming to the UK and risks to large and small business.Ganesha takes the astrological perspective and declares that, though it is going to be an extremely close affair, the ‘Remain’ vote will prevail.

The 1973 Chart
The 1973 Chart has Virgo Ascendant and the Ascendant Lord Mercury is placed in the 4th House. As per the transit of 23rd June, Ascendant Lord Mercury is aspected by retrograde Saturn and Mars both which are highly unfavourable for Britain’s relationship with European Union. Moon is placed in 3rd House in Scorpio with Mars. The transiting Saturn is moving over the Moon, and Mars’ conjunction indicates a dramatic and decisive period for Britain. It will push people to realize they are edging closer to freedom. Mars retrograde in Libra spells anger and frustration which will provoke the people to opt for “Leave”. It shows a great change and alteration. Adding to this, the 1973 Chart has Jupiter-Rahu conjunction in the 4th House and at present, the transiting Jupiter is in close conjunction with Rahu which is again a strong indication for UK vote to leave the EU.

Transiting planets on Referendum Day
The transiting Moon will be in Shravana Nakshtra aspected by Saturn and Mars both which also indicate fare amount of confusion and frustration in voter’s mind. However, Mercury and Venus will be in exchange on the Referendum Day which will be the most important and deciding factor as far as the verdict is concerned. This could deliver a strong boost the fortunes of the “Remain” vote.

The EU Chart
The EU in its present form was founded on November 1, 1993, in Maastricht, Netherlands. The 1993 Chart has Mars-Rahu conjunction in the Scorpio and the transiting Saturn is moving over it. It is making the matter worse and raises the possibility that people could actually vote to leave.

United Kingdom Chart
As per the United Kingdom Chart, Saturn Mahadasha and Ketu Bhukti is in influence. Mars is aspecting the 7th House of treaties. Mercury the 8th and 11th House Lord is in the 7th House and Jupiter is totally eclipsed. All these factors are indicating the mood in the country will be veering towards a European exit. However, the transiting Moon in Sharavana Nakshatra and aspecting its own house on Referendum Day will decide the course of action and that may ultimately favor the “Remain” vote.

Conclusion
Considering all these factors, this vote is going to be a close one. The latent anger hiding under the surface will be ready to explode out and that might bring “Leave” vote closer to win. But, the “Remain” vote may survive and may ultimately win the Referendum. So, Great Britain may remain a member of EU after the Referendum.