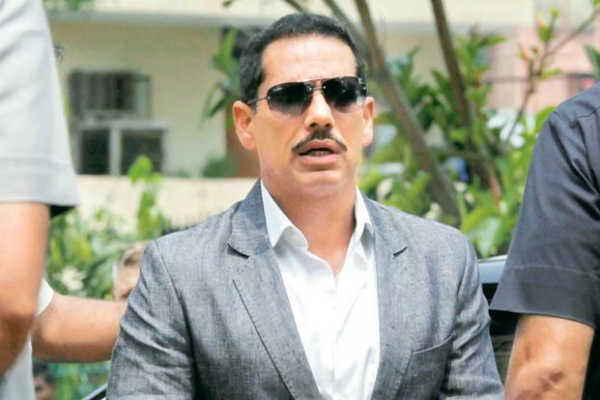 Robert Rajendra Vadra – the person who is popular for being the son-in-law of Sonia Gandhi, and the husband of Priyanka Gandhi and also owning a lot of land and properties in the northern belt of India, has of late been landing up into a lot of controversies and it hasn’t been a smooth ride for him from some months. There have been a lot of reports about Robert Vadra being involved in multi-crore corrupt land deals. The Congress machinery has always come out in defence of the Gandhi ‘Damaad’. Recently, the government has begun a new investigation, to determine if a controversial arms dealer bought a proxy-owned mansion in London for him in 2009. What do the stars behold for Vadra in the times to come? Will he be able to walk away unscathed from this current controversy, or will there be a legal maze that he may get stuck in? Let’s find out!

The Key Planets:
In the Horoscope of Robert Vadra, there is a Stellium of three planets i.e. Sun, Moon and Mercury in Taurus. Mars is placed in its own House, in the Sign of Scorpio. Moreover, Venus is also exalted in his Chart.

The Rapid Growth In the Real Estate Domain:
It is amazing the way Robert Vadra has grown so well in the real estate domain and that too so quickly. There is an indicator in his Horoscope itself – that is such a powerful Mars – which is placed in its own House and which also happens to be the Lord of the House occupied by the quadruplet in Aries. A strong Mars is always beneficial for the acquisition of land and success in real-estate matters. So, such a strong influence of Mars in the Horoscope gives us an idea that there will be a strong desire within Vadra to acquire as much land as possible.

But Ganesha also notes one thing that, Saturn – which is considered to be the planet of principles and moral values, is debilitated in the Horoscope of Vadra. Due to this, there may be occasions, wherein he may not hesitate in compromising on ethics.

Also Read: Sonia Gandhi Will Have To Ensure That She Remains Illness-Mukt In The Upcoming Year

Speaking of the current picture, Ganesha observes that Saturn is transiting through a Sign inimical to it – Scorpio, which is ruled by the planet Mars. This particular transit of Saturn, which began from the 2nd of November, 2014, is proving to be really significant, because it is moving over Vadra’s Natal Mars. Moreover, Saturn and Mars were both transiting together in Scorpio, and this may be one of the factors responsible for the problems arising in his life. Ganesha feels that this is the initial phase and there are more problems that will arise till around September end and early October 2016.

However, the entry of Jupiter into the Sign of Virgo would have brought a lot of respite for the influential Vadra. He may now be able to deal with the problems in a better manner.

Worried about your career and the challenges that comes with it? For individuals finding trouble achieving their desired potential, our Career Prospects Report is the perfect guide to understand how to plan and get ahead. Along with this detailed report, you may share your questions and get astro advise and FREE remedial solutions to solve your problems.