Jignesh Mevani: His Popularity Set To Hit A Roadblock In 2018, Predicts Ganesha 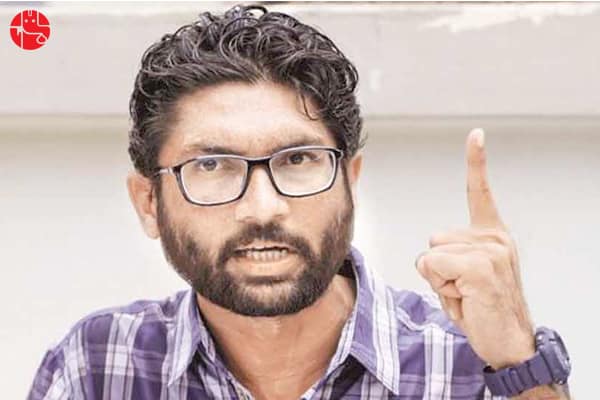 Let’s face it: It is a ground reality that much of India is still obsessed by caste identity. How else can we explain the rise of so many caste-based groups in the country? It is in this backdrop that Jignesh Mevani, a Dalit leader, has shot into prominence in Gujarat. It is believed that Mevani’s crucial support to Congress in 2017 Gujarat assembly elections made the BJP’s victory margin narrower. That is his present, but what are Mevani’s future prospects? Can he turn into a prominent leader in the time to come? Ganesha has probed his horoscope to decode his future. Here are the findings:

The natural malefic planet Ketu and Mars will transit over the natal Mars in the period between May and November 2018. This planetary combination signifies matters related to the political arena as per Astrology. Thus, Jignesh Mevani might face difficult situations in politics. This may demand much of his time and energy. At times, he may feel tired and exhausted.

A Mixed Bag In Politics

At the same time, Jignesh Mevani may find this period very challenging and demanding. He may face several serious challenges. His political life may move along a line, which is not the way he wants. In other words, Jignesh Mevani may feel as if he has lesser control over situations. Overall, his political life may be a mixed bag, full of testing situations and a certain level of growth. His career will be a mixed bag. Do you have any queries about your future? Buy the Career Ask A Question Report and get the much needed guidance.

Sharp Downfall Not Ruled Out

More Success Unlikely In The Near Future

The pressure and stress in politics may be accompanied by emotional setbacks. The political situation in Gujarat will remain volatile but Jignesh Mevani may not be able to take advantage of this situation. His growth is unlikely especially in the near future. Changes may happen in the medium-term future. He is not likely to get much career success in the near term. Do you want to know the future of your business? Avail the Free 2018 Business Report and know the answer.

Despite Hurdles, His Self-Confidence Will Stay

On the other hand, the influence of Jupiter may help Jignesh Mevani in various ways. The presence of Jupiter is likely to foster more discipline in his life. It may even refine his personality. Thus, in spite of hurdles, Jignesh Mevani may retain his self-confidence and march ahead in life. We can say he will be down but not out in the near future.

However, Jignesh Mevani is likely to face difficulties in communicating with others. This is all the more true in his public life. Thus, he should be very cautious while taking important strategic decisions. If Jignesh Mevani evades this point, the situation may boomerang on him.

In the end, it can be said that Jignesh Mevani will face serious hurdles in the foreseeable future. He is likely to face confrontations with other politicians in the 3rd quarter of 2018. Thus, Jignesh Mevani will have to exercise a lot of caution and intensify his efforts in the time to come.