Ingrid Betancourt- Next president of Colombia? 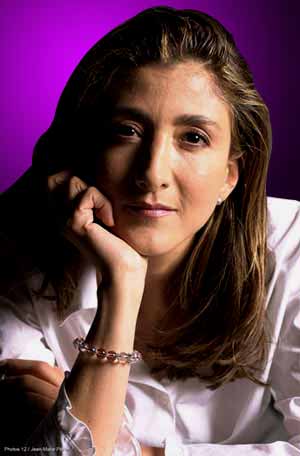 Introduction:
The Colombian-French politician and one-time presidential candidate, Ingrid Betancourt (born on December 25,1961) was abducted by the Revolutionary Armed Forces of Colombia (FARC) on February 23, 2002. The senator was kept a hostage for six and a half years and finally got rescued on July 2, 2008 alongwith 14 other hostages (three American citizens and 11 Colombian policemen and soldiers). The active politician is now once again planning to contest the next presidential elections.

Ganesha with the help of her Horoscope, will unfold her possibility of becoming the President of Columbia.

Betancourt has a fiery Aries Ascendant. The Ascendant Lord Mars is placed with the 5th house Lord Sun and the 7th house Lord Venus in the 9th house forming a powerful Rajayoga. This position of planets is responsible for making her ambitious, giving her a fighting spirit, strong determination and a reason to propel into the Colombian politics. Adding to this, the 9th house Lord Jupiter, lying in the Neechabhanga Rajayoga with Saturn in the 10th house has infused her with a liberal and energetic boost plus required will power to effect necessary reforms as well. When Strong Saturn lies in the 10th house, then power and authority come naturally to any politician and in Benatcourt’s chart, the Saturn is powerfully placed in the D-10 Ascendant, thus making her an extremely powerful political figure.

Kidnapped in 2002
Betancourt was kidnapped by the Revolutionary Armed Forces of Colombia (FARC) on February 23, 2002. During that period, Sun-Mercury-Jupiter were the main influential planets in her life. Mercury, the 3rd and 6th house Lord, Jupiter- the 12th house Lord was placed with Ketu in the 10th house, clearly suggesting a fierce battle with enemy and also confinement. The whole episode of Kidnapping was the result of her poor judgment, emphasized by the transition of Mercury to Neptune, forming a conjunction along with the conjoined, Jupiter and Ketu in the 10th house. She was held for the next six and a half years by FARC during the Moon Mahadasha. Moon, the Lord of 4th house was placed with Rahu in the 4th house. It could have been a very stressful and horrible phase in her life, particularly, the period between June 2005 and August 2007, when transiting Saturn in Cancer was moving over the natal Moon and Rahu.

Rescued in July 2008
She was rescued from captivity alongwith 14 other hostages by the Colombian Security Forces on July 2, 2008 under the influence of Moon-Saturn planet and transiting Jupiter over natal Sun. The powerful Saturn had set the stage with the help of transiting Jupiter while Uranus was near her progressed MC all month and the transiting Mars in conjunction with her natal Uranus provided the action date of release.

Predictions
Betancourt is now gaining international popularity and is expected to meet the Pope soon. There are also speculations that she would become Colombia’s next President. As she is passing through Saturn’s sub period and since Saturn holds a very strong position in her chart, she might be able to achieve the highest post. Ganesha avers that Bentacourt has great potential for becoming the Colombian President in the first half of the year 2009.