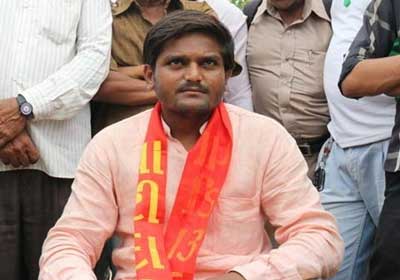 Just a couple of weeks ago, the 22-year-old Hardik Patel, who galvanized the Patel (Patidar) masses in a Gujarat-wide movement to demand reservations in the OBC quota, is now a household name and face. Though it is rather ironical that arguably the most affluent and forward class in the country is demanding backward status, Hardik, a B.Com graduate from Ahmedabad’s Sahajanand College, appears to have touched the raw nerve of the country where, because of the caste-based reservation policy, merit often gets dumped down the drain, and mediocrity is richly rewarded.

Be that as it may, Hardik’s meteoric rise has baffled everyone, especially the political establishment. With the issue he has raised being such a sensitive one, which has led to innumerable suicides in the past, the government does not seem to be taking any chances, even going to the extent of cutting off mobile internet connectivity in Gujarat to prevent rumour-mongering. What lies ahead for the Patel warrior?

Ganesha’s Take – Months ago, 22 years young Hardik Patel was a nobody and now almost everybody knows him. But, if we go by his stars, it would be a matter of time before he goes back to being a nobody…..

GaneshaSpeaks.com’s Astrologers have studied Hardik’s stars and deduced that post January 2016, Hardik’s popularity will diminish and lead him to obscurity. There is a glimmer of hope of Hardik rising from the ashes, but that is post 2020, by then things could be completely different. Read on ahead…..

[Owing to the unavailability of the credible birth-time, the analysis and predictions have been done on the basis of the Solar Chart/ Surya Kundli, created with Mr. Patel’s birth-date and birth-place only.]

Hardik’s Efforts to a Naught…

Hardik – a Lost Cause?