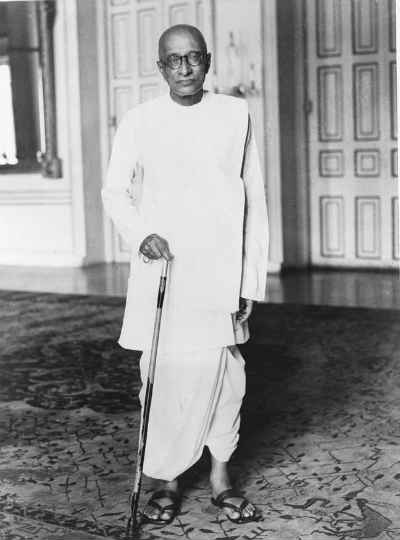 Chakravarti Rajagopalachari is one of the most luminous names in the history of the Indian Freedom Struggle. Informally and respectfully called Rajaji by multitudes of people, this extremely virtuous man with a sterling character was one of most versatile leaders having donned various hats. He is most famously known as the last Governor General of India. Other than this, he was the Governor of West Bengal, leader of the Indian National Congress, Premier of the Madras Presidency, Minister of Home Affairs of the Indian Union and the Chief Minister of Madras State. Being an excellent and accomplished writer, he made everlasting contributions to the world of English Literature. Having extraordinary influence, clout and goodwill, Rajaji enjoyed a great flourish in his political career and always was looked upon with great regard and reverence by his contemporaries. He was one of the prominent leaders, waging the non-violent and important war of freedom against the Britishers. Rajagopalachari founded the Swatantra Party and was one of the first recipients of India’s highest civilian award, the Bharat Ratna. His birthday falls on the 10th of December, and we pay him a heartfelt tribute, specially crafted by Ganesha, on this special occasion. Read on….

The Planetary Portrait of the Stalwart…

May Mahatma Rajagopalachari’s soul rest in peace and may his glory eternally enchant people.