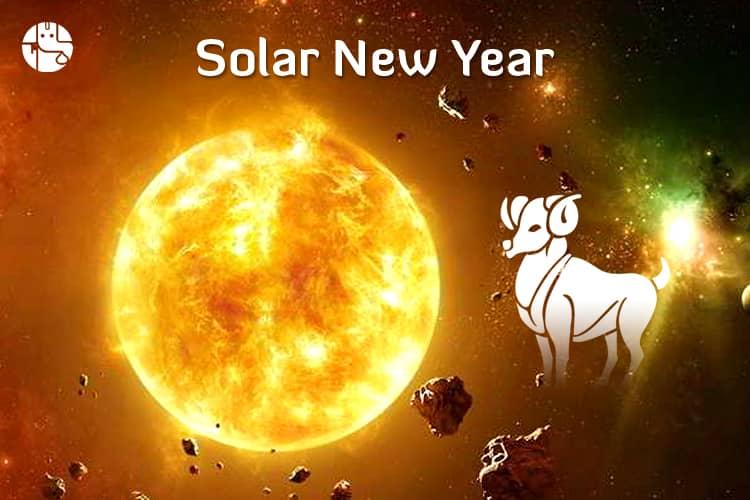 The Sun God is worshipped by devotees on all the twelve Sankranti. Devotees on this day also perform many charitable activities. They donate food, money, clothes, etc. As per Hindu mythology, helping the poor and doing Seva on this day helps the individual to get rid of all the sins. The ten minutes before and after the Sankranti time is considered very auspicious for performing pujas and prayers.

This year, the Solar New Year 2021 will be celebrated on 13th April. Below are the important timings to be considered for Mesha Sankranti :

It is advisable to perform personalized rituals for Mesha Sankranti, as it also helps to remove the ill effects of the negative planets in your birth chart. Consult our Expert Astrologers now!

The Sun takes one year to complete the transit through all the twelve zodiac signs, starting from Aries to Pisces. As per the Hindu Solar Calendar, Sun stays approximately for one month in each zodiac sign. So when the Sun enters Aries, also called Mesha Rashi, it marks the beginning of the Sun transit cycle which is known as Solar New Year or Mesha Sankranti.

Pandits and Astrologers always use the Solar calendar, hence, this is a very important day for them and is officially celebrated as the Solar New Year.

Sankranti means sacred changes and thus, the Solar New Year is a very vital day for Hindus. It also signifies the beginning of the summer season. On the day of Mesha Sankranti devotees also visit Puri Jagannath, Samaleshwari, Cuttack Chandi, and Biraja temples to seek the blessings of God. Ganesha wishes you all a very Happy Solar New Year and Mesha Sankranti!