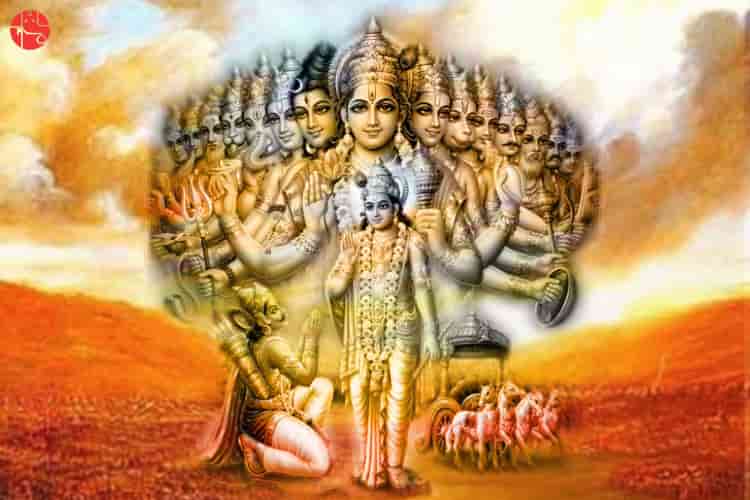 Hinduism is one of the oldest religions in the world which backed around 5000 – 10000 BC. This is why Indian mythology has always been a topic of sheer curiosity among people. The mysterious theories of the universe and its existences are phenomenally described in our Vedas and scriptures.

The most intriguing part is that it resembles a lot with our modern-day science. Thus, to help you increase your knowledge, we have combined these interesting facts about Indian mythology.

Let’s begin with our first fact:

1. The story of the creation of the universe

As per Hindu Mythology, several theories are describing the foundation of the universe. Out of them all, the most believed approach is that the universe was found when the sacred word OM was expressed.

Before this, there was nothing but the endless dark ocean. However, other scriptures and Vedas in Hindu Mythology says that Brahma the divine soul created the universe along with other two Gods: Shiva and Vishnu.

2. The connection between Vedas and modern science

The sacred Vedas of Hinduism is one of the oldest written scriptures that knows every world. Our modern science is amazed to find that around 1500 BCE old Vedas has a deep understanding of the cosmos and universe which scientist are still discovering.
These books are very much scientific and practical compared to our modern world. Therefore, Hindu mythology and astrology are very popular throughout the world.

3. Hindu Mythology says that Earth is the final destination

It is believed that Earth is the final destination for a soul to achieve nirvana. The soul is immortal and travels various planets and universes during their life journey switching from body to body. Earth is the pilgrimage for every soul, and from here, it is decided if a person’s soul will get Moksha or will be sent back to get into another life cycle based on their karma chakra.

4. Hinduism has more epics than any other religion

In India, there are so many epics to follow compared to any other religion in the world. Each of these has numerous stories and fables to teach the people the right way to live. Out of all, Ramayana and Bhagwat Gita are treated to be most virtuous and sacred. The more you learn about Indian mythology, the more you realize its richness in terms of knowledge and preaching.

5. Tells about the existence of creatures belonging to other worlds

In Hindu mythology, there are instances when it talks about several types of other creatures like Gandharava, Kinnaras, Nagas, and Apsaras. These are not normal human beings, but they belong to various worlds (loks). When you read any of the old scriptures, you will find that it talks about various kinds of creatures of different worlds.

6. So far, there have been twelve battles between Gods and demons

As per our Hindu mythology, to conquer the Trilok (heaven, earth, and underworld), there were in all twelve battles fought between demons and Gods. Some of them were Hiranyakashipu, Narasimha, Varaha, Andhaka-vadha, Vamana, Kolahala and Adibaka. However, in all of them, Gods defeated demons.

The sacred texts have mentioned several divine weapons used in the past. If you look for the unknown facts about Indian mythology, you will find that every God has special divine powers. These powers are very strong.

As per our mythology, in almost every scripture, you will find mention of special weapons used during big wars such as Brahmastra, Trishul, Shiva Dhanush, Varunastra, Chakram, and Garudastra.

8. Shiva is the God of destruction

Shiva is one of the Tridev and is considered to be the God of destruction. Shiva being modest and simplest from all the Gods in Hindu Mythology has the power to destroy everything in a blink of his third eye. His rage can end the entire universe in a few seconds. But, he still lives like a yogi and dwells like sage. He is also known as Maha Yogi and worshipped in every part of India.

One of the most interesting facts about Hindu Gods is that they are unbelievably larger in number. This might seem unreal, but the fact is in India, people worship 330 million Gods and Goddesses. According to the Vedas, there are only 33 main deities and others are just their avatars and reincarnation. Most Hindu families worship the main Gods regularly in their homes.

Get your 2020 detailed yearly report to help you analyse your upcoming year’s prospects.

Aren’t these the shocking facts about Hindu Mythology very interesting? Our Indian mythology has so many fascinating stories and tales that if you start reading all of them today, you will spend your whole life and still won’t be able to finish all of them.

Some people say these are a myth about Hinduism and the reality far different from them. However, there is no concrete proof or debate to deny these facts.