Relevance and Significance of Lord Ganesha Worship on Ganesh Chaturthi 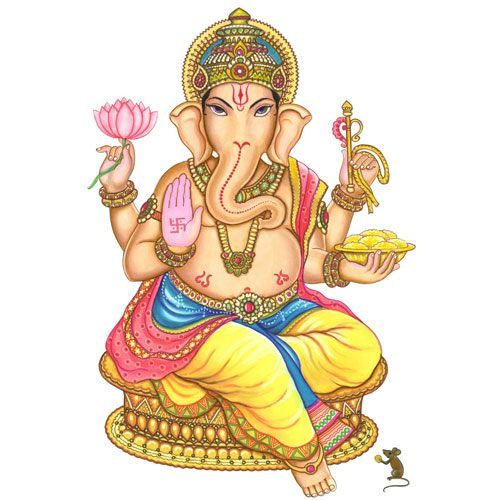 Lord Ganesha’s symbolic figurine has an elephant’s head with curved trunk and big ears on a big human body. Laddus, the famous round Indian sweetmeat is Ganesha’s favourite offering, and a mouse is His chosen vehicle. Lord Ganesha, also known as the Vighnaharta, is the Lord of success and the destroyer of evils and obstacles. He is also worshipped as the God of education, knowledge, wisdom and wealth. Ganesha is one of the five major Hindu deities (The Holy Trinity of Brahma, Vishnu, Shiva and the chief Goddess – Ma Durga being the other four) whose idolatry is glorified as the Panchayatana Puja.

Lord Ganesha is one of the few Hindu Gods, who is said to solve all kinds of troubles and touch all aspects of the human life with his holy presence. In fact, Lord Ganesha has many names like Vighnaharta – the remover of hurdles, Sumukha – the one with an attractive face, Bhalchandra – the wearer of moon on his forehead, Vinayaka – the eternal leader, Lambodara – the one with a big stomach and many more. He is worshipped and adored in all His forms and is one of the cutest Hindu Gods too – and that is why He is children’s favourite too.

Celebrating Ganesha’s Form
Lord Ganesha’s whole form is celebrated by the Hindu culture. His head is said to symbolise the pure Atma or the holy, guileless soul, which is the supreme reality of the human existence. His body like a human being signifies Maya or the earthly existence of the human beings. Ganesha’s head in the shape of elephant’s head denotes wisdom, prudence and His elephantine trunk represents Om, the sacred sound symbol of the cosmic reality. Lord Ganesha holds a goad in His upper right hand, which is supposed to aid Him in propelling the mankind onto the eternal path, and also in removing obstacles from our way. The noose in His left hand is an implement to capture and get rid of all the difficulties – hence the Vighnaharta.

Ganesha’s broken tusk held by Him like a pen in his lower right hand is a symbol of sacrifice. It is known that Lord Ganesha broke His own tusk to write the Mahabharata. He holds a rosary, which suggests that His and others’ endless pursuit of knowledge. The laddoo (sweet) He holds in His trunk indicates that one must discover the sweetness of the Soul. His fan-like ears convey that He is all ears to the petitions of His devotees. The snake that runs round the waist of Ganesha represents energy in all forms. And, He is humble enough to ride a mouse.

How you should worship Lord Ganesha
Each new activity or pooja is started by first worshipping and offering reverences to the holy God Lord Ganesha. He is invoked and called to preside over any worship or yagna, and only post this the other rituals are started. He is also the first to be worshipped during any auspicious event. Blessings of Lord Ganesha are said to be the most powerful ones and the devotion of this marvelous deity does not stay within the Hindu boundaries, but extends to other religions like Jainism, Buddhism etc.

There are many mantras, stotras and aartis specifically written in the Vedas and Puranas to please and worship the great Lord. The most important of them all is –

Follow the given routine to worship Lord Ganesha and get maximum benefit.