Worshipping Lord Shiva on Mahashivaratri will lead you to Salvation! 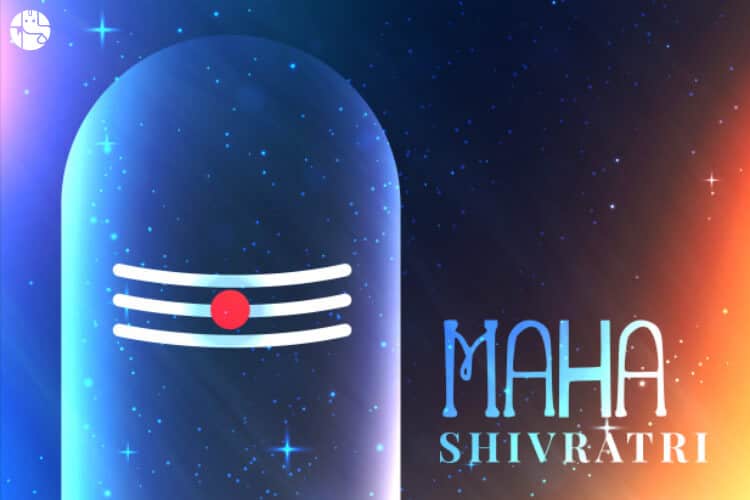 Lord Shiva is a highly revered Hindu deity, who is the part of the great holy Trinity (Brahma, Vishnu, Mahesh/Shiva – the Creator, the Preserver and the Destroyer). ‘Shiv’ means welfare. Shiva is not only a Lord but is also considered as the prime God in the Panchdev Pujan. In the Shiv Mahimna strot, Pushpadant has described him in a wonderful manner by mentioning him as unborn, the reason for everyone’s existence, creator, nurturer and destroyer.

The hermetic God, with his abode in Mount Kailash in the Himalayas, is believed to be formless, shapeless and timeless. The ‘Linga’ is the symbol of Lord Shiva’s formless nature. The Shiva Lingam is a mystic symbol of Lord Shiva. People pray both to his idol and to the Lingam that represents him. Lord Shiva, the Destroyer, is worshipped widely by devotees with great respect and devotion. Shiva is considered the easiest of the Gods to please and his blessings are said to possess immense power. One is believed to achieve salvation by worshipping Lord Shiva. From the root of Lord Shiva originated ‘Om’. Hence when one chants ‘Om’, one indirectly worships Lord Shiva.

The Significance of Mahashivratri

Mahashivaratri, one of the most revered Indian festivals, is celebrated with great devotion and religious fervour by Hindus in the honour of Lord Shiva. Literally meaning, the Night of Shiva, the festival is celebrated to mark the day on which Lord Shiva married Goddess Parvati. It falls on the 13th night of the dark half of the Hindu month of Phalgun (it comes in the month of February or March according to the English calendar). On the occasion of Mahashivaratri, devotees observe a day long fast and worship Lord Shiva with great ardour at temples and their homes. It is also believed that whoever worships Lord Shiva on this day attains salvation, and that by fasting on this one day, one can reap the benefits of a whole year’s rigorous prayer. The Mahashivratri in 2020 will fall on 21st February.

Here, Ganesha, Lord Shiva’s son, expounds on his father’s mahima (greatness) and the significance of worshipping him on Mahashivaratri.

Many interesting legends have been recorded in the ancient Hindu texts or scriptures about the festival of Mahashivaratri, explaining the reason behind its celebrations as well as its significance.

The Legend As Per The Puranas

According to the Puranas, during the great mythical churning of the ocean – Samudra Manthan (conducted by the devas, the deities/minor gods, and the daityas, the demons for obtaining nectar to make them immortal), first a pot of poison emerged from the ocean. The devas and the demons were terrified, as it possessed the potency to destroy the entire world. Nobody was ready to touch it, it was so vicious, and they had no clue as to what to do with it. Someone suggested that the only one who could get them out of the predicament was Lord Shiva. So they all ran to him for help, who promptly agreed to consume the poison. However, the poison was so deadly that even if a drop entered Lord Shiva’s stomach (his stomach represents the universe), it would have annihilated the entire world. Legend has it that Lord Shiva took it on himself, and carefully held the poison in his throat that in turn became blue due to the effect of the poison. That is why Lord Shiva is also called Neelkanth. Mahashivaratri is also celebrated as a day of gratitude to Lord Shiva for protecting the world from this deadly poison.

Another Story About Shivratri

According to another story, Brahma and Vishnu were arguing about which one of them was supreme and more powerful, and just then emerged in front of them a gigantic Lingam engulfed in flames which left both the Gods amazed and overwhelmed. They looked up to ascertain its height, but could not even see its end, as it seemed to be stretched into infinity. And then, Lord Shiva emerged out of it, and declared that he was the most supreme of the three, and that he be worshipped in this Lingam form.

The Legend About How Fasting Helps During Shivratri

It is said that If one observes fast on Shivaratri unknowingly, then also he gets various benefits. There’s yet another legend that substantiates this belief. The story recounts how an ordinary hunter, who fasted unknowingly on Mahashivaratri, attained salvation. The hunter once went to a forest in search of prey. He sat on a tree of belva-patra, the leaf of which is very dear to Lord Shiva, waiting for some prey. He did not know that there was a Shiva lingam under the tree, nor that it was Mahashivaratri. While waiting for the prey, the hunter kept plucking the leaves from the tree and went on dropping them on the lingam. During the first quarter of the day, a deer came there to drink water. When the hunter tried to kill it, the deer pleaded for mercy, as its children were waiting for it. The hunter let it go. In the second quarter, the deer’s children came there, and out of compassion the hunter did not kill them either. Thus all the four quarters passed with the hunter only dropping the belva-patra on the lingam with his stomach empty. It was then that Lord Shiva himself appeared before the hunter, and that is how the hunter attained salvation.

The Benefits of Worshipping Shiva On Shivratri

Lord Shiva once said, as recorded in the scriptures, that whoever worships his and Ma Parvati’s statue on Mahashivaratri and fasts will be dearer to him than his own son Kartik. The benefits that one gets from a mere glimpse of Lord Shiva are unmatchable. Also know how can Lord Shiva’s worship help you in Shravan Month.

The Importance Of Shivratri For Girls And Women

Therefore, Lord Shiva’s devotees observe a strict fast on Mahashivaratri, with many people not even consuming a drop of water. Worshippers dutifully follow all the traditions and customs for the fast as they strongly believe that sincere worship of Lord Shiva on this auspicious day releases a person from all his sins and liberates him from the cycle of birth and death. As Shiva is regarded as the ideal husband, unmarried women pray for a husband like him, while married women pray for the well being of their husbands.

The Fasting Procedure During Shivratri

Devotees wake up early in the morning on Mahashivaratri, and after taking a bath and wearing fresh clothes, they visit the nearest Shiva temple, to give a ritual bath to the Shiva Lingam (with milk, honey, water, etc.). The worship continues the whole day and night. The next morning, devotees break their fast by partaking the prasad offered to Lord Shiva. Chanting of “Om Namah Shivaya” continues throughout the day and night. Belva leaves are continuously offered to the Lingam. Hymns of Lord Shiva are sung with great devotion. Also know about Shravan Month, the most auspicious month for Shiva devotees.

Here are the methods prescribed for observing a fast and worshipping Lord Shiva on Mahashivaratri:

We have exciting offers for you this Maha Shivratri!