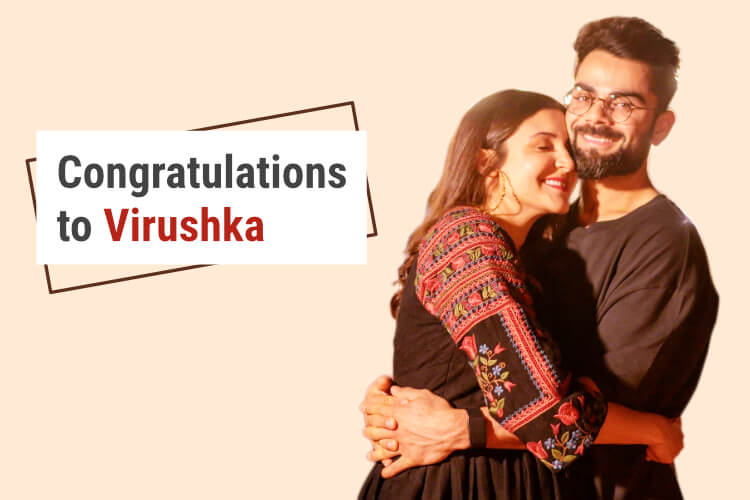 In August 2020, Anushka Sharma and Virat Kohli had a wonderful astonishment for their fans as they reported they are expecting their first child soon. The declaration was made through online media, leaving fans energized and prompting truckloads of welcome and wishes. Twitter India has now reported that Virat Kohli’s tweet, declaring the information, is the most liked tweet in India for the year 2020.

Virat Kohli and Anushka Sharma got hitched earlier in December 2017 in a mesmerizing ceremony. The couple got married in Tuscany, Italy.

Are Anushka Sharma and Virat Kohli really made for each other? Check out what the stars say.

Will the baby resemble traits to Virat Kohli?

According to Virat Kohli’s birth date 5th November 1988, the Sun and Mercury are in Libra while Jupiter is present in Taurus. Currently, the transiting Jupiter of Capricorn in the 5th house aspects the natal Jupiter of Taurus, meaning that the cricketer may expect the birth of a child in his house. Virat’s Kundli suggests that the cricketer is having Shadashtak yoga between the Sun and Jupiter. So accordingly, transiting Sun is in the 2nd house from transiting Jupiter, which is in the 12th house.

Thus, because the formation of shadashtak yoga and the transition of the Sun and Jupiter indicates the arrival of Virat-Anushka’s child is expected to be between 7-11 Jan 2021. Also, the newborn baby will maintain good health.

Know what the placement of the Sun and other planets in your horoscope tells about you. Uncover Free Janampatri Now!

How will the baby turn out if she resembles Anushka’s traits?

According to Anushka’s birthdate, 1st May 1988, the Sun, Jupiter, and Mercury are present in Aries. The Sun and Jupiter both are in the 2nd stage of Bharani nakshatra. From 15th of Jan 2021, transiting Jupiter and Sun will unite in Capricorn. But according to the nakshatra, both planets will come close on 27th January 2021. On that day, the Sun and Jupiter will be in the 2nd stage of Shravana nakshatra. Both the planets, Sun and Jupiter will be in conjunction with Saturn and Mercury, forming Super Stellium in Capricorn till the 30th of Jan.

Also, in the birth chart of Anushka Sharma, Sun, Jupiter, and Mercury are in Aries, and the transiting planets of Sun, Jupiter, Venus, and Saturn in Capricorn indicate that the baby will be born via normal delivery.

In Anushka’s Kundli, the Sun, Jupiter, and Mercury are in the Aries. The ruling planet of Aries, Mars is also in its friendly sign, Capricorn. Thus, the child will be bright and is most likely to achieve fame.

Anushka Sharma unstoppable, even with the baby bump

Anushka has been unstoppable throughout her pregnancy. She continues to work even in her third trimester and is hardly seen slacking off. Looking at the planets in Anushka Sharma’s Kundli, she will resume work in May-June after becoming a mother. She is set to make a comeback to her acting career as soon as she recovers from the pregnancy. Moreover, she is likely to manage the time quite well for the child, her profession, and home.

Her Mars is at 22° in Capricorn, and in Capricorn, the Saturn can also be seen at 20° to 22° in June. This will make it hard to manage everything in the beginning, however, from July-August, the routine will be comparatively easier for her. As the baby grows up and starts to understand things, she is likely to show interest in cricket or sports in general and films. Moreover, he/she will probably choose films as the future career.

Thus, Virat Kohli and Anushka Sharma are looking at a hectic but joyful year owing to the newest addition to their family. It will be tough for both the soon-to-be parents to manage their professional and personal lives together, but both of them will cope with the hurdle and come back even stronger in 2021. Along with them, the entire nation is waiting eagerly to find out more about the baby.