Know what Ganesha Predicts About The Zoya Factor Movie Performance 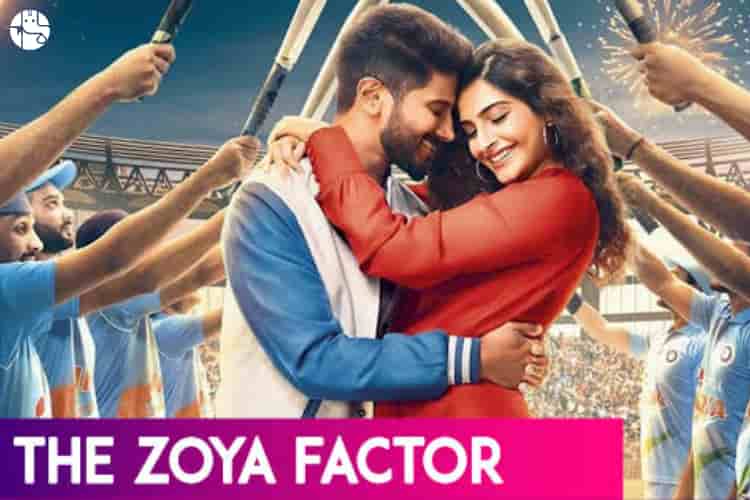 Good news for all the movie buffs and Sonam Kapoor fans. Yes, Sonam Kapoor is all set to mesmerise the audience once again with her upcoming romantic-drama film, ‘The Zoya Factor’.

Abhishek Sharma’s ‘The Zoya Factor’ brings together Bollywood Diva Sonam Kapoor and South heartthrob Dulquer Salmaan for the first time and is certainly one of the highlights of the film.

The Zoya Factor has cricket as a background with the quirky theme of Sonam Kapoor playing a woman who turns out to be the lucky charm for the Indian cricket team.

‘The Zoya Factor’ is the screen adaptation of a novel by the same name. The film has been adapted from Anuja Chauhan’s book which has acquired quite a fan following among readers and it has also seen many screen adaptations.

The book revolves around a Rajput girl, Zoya Solanki, an executive in an ad agency, who meets the Indian cricket team as part of a project. Following an interesting turn of events, she ends up becoming a lucky charm for the Men in Blue during the 2011 Cricket World Cup.

As the film is all set to hit the theatres on September 20, 2019, here we give you astrological highlights on how the movie will perform and if Dulquer Salmaan upcoming Hindi movie “The Zoya Factor” will win the heart of the audience?

Ganesha feels that this movie will get a good response and selected in a commercially successful film list. The ascendant Lord Venus is making a Raj Yoga and also placed with the Lord of the Eleventh house of success. This will help it to get success. This is based on Cricket and World cup so it will be able to drag the audience to the theatre. The planetary Dasha of Sun and Venus is also helping it to get good profit.

Performance Of Sonam Kapoor And Dulquer Salmaan in Zoya Factor

The Lord of the Tenth house of the Moon is exalted. The star cast also performs well and play their characters effectively. Sonam Kapoor’s performance is also liked by the audience. Actor Dulquer Salmaan is also very talented and worked in many South Indian movies will also make a good impression on the audience. Another cast will support efficiently. Overall, this team will play a good role to make it successful.

Placement of Jupiter in Second house will remain favourable for its finance. This movie will get a good profit. Its box office collection will be satisfactory. Box office collections will pick up gradually. Revenue will be high in Metro cities.

Music will also do well. In a nutshell, the movie is likely to get a good response, and on the whole box office collections may be good.

Summarily, the movie will be reckoned as a hit. The audience is eagerly waiting to watch the sizzling chemistry between the two good-looking stars. Sonam Kapoor has impressed her fans with her stunning performance in ‘Ek Ladki Ko Dekha Toh Aisa Laga’ and this will be Dulquer’s second film in Bollywood after ‘Kaarwaan’ starring Irrfan Khan and Mithila Palkar. It would be an absolute treat to watch them together on-screen as both the actors are talented and have quite a fan following.

Ganesha wishes good luck and a bright future to the entire team of “The Zoya factor”.

To Get Personalized Solution, Talk To Our Astrologers!
With Ganesha's Grace,
The GaneshaSpeaks Team