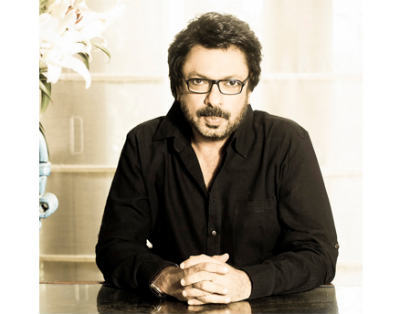 Sanjay Leela Bhansali – the name immediately connects us to the cinema that is deep, intense, meaningful and that cinema which has a soul in it. By delivering classic movies like Devdas, Black,  Hum Dil De Chuke Sanam, amongst various others, he has created a very solid and a unique spot for himself in the Indian Film Industry and everyone regards and respects him for the the substance and depth of his films. He is very passionate about making films and he is known in the film-circles as a tough taskmaster, when it comes to extracting the best from the actors. He is intense, instinctive, emotional and a deep-thinking film-maker, who doesn't mind the amount of money spent to make a film, but he makes sure that the audiences get the chance to experience movies which are made with great intensity and soul! He is also very famous for the grandeur and visual richness that he treats his audiences to, with lavish settings and locations. Ganesha takes a look at his Solar Horoscope and predicts how the year ahead will be for the classy film-maker and also gives us an idea whether the Planets support his next venture – Baajirao Mastaani! Let's take a look...
Sanjay Leela Bhansali
Date of Birth :- 24th February, 1963
Time of Birth :- Not Known
Place of Birth :- Bombay, Maharashtra, India
SOLAR CHART
Owing to the unavailability of credible birth time of the celebrity, the analysis and predictions have been done on the basis of the Solar Chart/ Surya Kundli with the help of his birth date and birth place only.
Astrological Predictions :-
Will he be in the limelight with his forthcoming movie Bajirao Mastani?
How will his forthcoming year be?
Ganesha wishes a great time ahead to Sanjay Leela Bhansali  and also for his forthcoming films.
With Ganesha's Grace,
Rantidev A. Upadhyay
The GaneshaSpeaks.com Team
Share