Ricky Martin may remain stressed due to lack of offers in 2016... 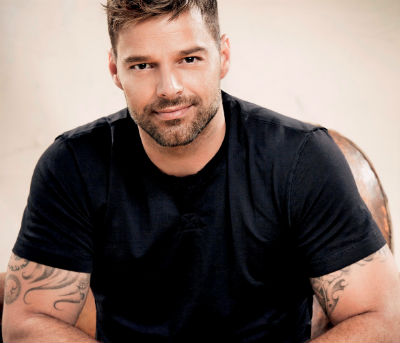 Puerto Rican singer, actor, and author, Ricky Martin began his journey as an entertainer at the age of 12 with the all-boys pop group Menudo. Later he went solo and during the 1990s, Ricky Martin released many albums in Spanish. He also acted on stage and on TV in Mexico, becoming a modest star in the country. In 1994 he starred on the American TV soap opera General Hospital, playing a Puerto Rican singer.
His song Cup of Life became a catalyst in bringing Latin pop to the forefront of the US music scene. However, it was the song Livin' la Vida Loca which gave him cult status, having sold more than 8 million copies to date, and helped other Spanish singers to transition easily to singing English songs.
Ricky Martin -  Hollywood Actor and Singer
Date of Birth: 24 December , 1971
Time of Birth: 17.00 Hrs
Place of Birth: Hato Rey, Puerto Rico, USA
NATAL CHART