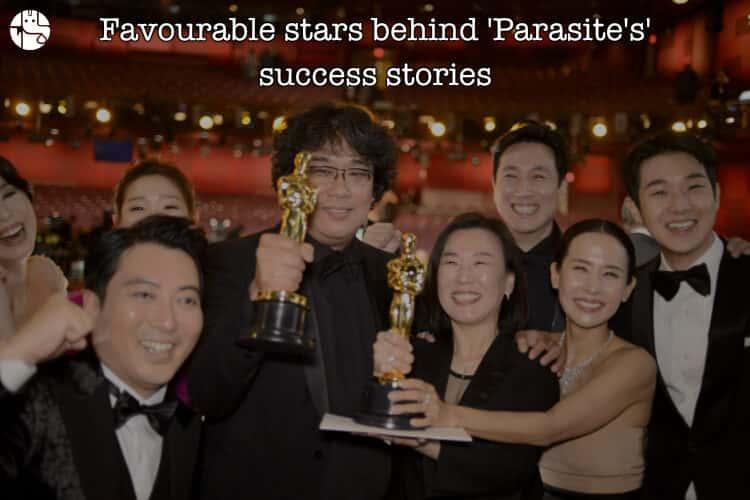 Parasite, a black comedy thriller film is a perfect example of rocket speed growth to international prominence of South Korean cinema. Over the past few decades, South Korean cinema had many horror freakouts, action adventures, chin-stroking dramas, goofball comedies, tear-soaked melodramas, rarefied art films, and down-and-dirty exploitation flicks. With the release of Parasite, Bong Joon-Ho opens the great invisible tragedy of classism with all the power of a sacred stone to the back of the skull. Parasite is a truly irresistible piece of art, a crowd-pleaser that’s also surprising and challenging. The stars Song Kang-ho, Lee Sun-Kyun, Cho Yeo-Jeong, Choi Woo-Shik, Park So-dam, and Jang Hye-jin have put in a note-perfect performance.

The movie gives a very clear picture of the Korean society, or of any other place where unequal distribution and growth of wealth have resulted in the ‘rich becoming richer, poor becoming poorer’ model. The movies follow the members of a poor family who scheme to become employed by a wealthy family by infiltrating their household and posing as unrelated, highly qualified individuals. Can a foreign language film win Best Picture on the American industry’s grandest night of the year? is a question Oscar prognosticators have been chewing over for months. Parasite has broken all the buzzwords successfully. The unexpected hit has picked up so many prestigious awards and has been making history at every turn. It has made a record as the first foreign-language movie to scoop the top prize at the Oscars. The movie has faced tough competition from Joker as Joaquin Phoenix walks away with his first Oscar award for the best actor in a leading role for his outstanding performance

Director and writer Bong Joon Ho’s black comedy thriller Parasite shone at the 92nd Academy Awards, racking up a total of four Oscars from the nomination in six categories before the night was over. Parasite had a historic awards season sweep by winning Best Picture, Best Director, Best Original Screenplay, and Best International Feature Film.

The perfect placements of planets have helped the movie in an unmissable accomplishment in directing, acting, screenwriting, and pretty much everything else a movie is meant to do. The planetary positions, aspects, and transits are the real driving force and have played magnanimously behind the scenes which are the true reasons for its unexpected success. Let’s figure out which planet or planetary combinations have played secretively for its historical success.

What do the stars indicate about its historical success and winning four Oscar awards?

Saturn becomes the most auspicious planet for the Taurus sign. The current transit of Saturn in Capricorn is passing through the 9th house, the house of destiny. The influence of Saturn in the 9th house will give a positive boost to the destiny of a movie. Saturn is transiting in its own sign, Capricorn is creating Raj Yoga.

According to the current placements of planets, Jupiter is aspecting the 2nd house, the house of finance and the 12th house, house of a foreign land. So, the movie has proved to be a blockbuster and gain limelight in a foreign land. Hence, the transit of Saturn creating Raj yoga and the positive influences of the transiting Jupiter are the real reasons for the success of the movie worldwide. Know the secrets and timeline of your success stories by exploring Premium Janampatri. Moreover, the planet Jupiter is associated with 6 planets in the release time chart which has helped the movie in creating history by becoming the first foreign-language movie and winning four oscar awards. Also, the movie has also picked up awards at the Cannes Film Festival, Golden Globe Awards, and Screen Actors Guild Awards. Parasite, a stunner on all counts and a masterpiece has become the consensus favorite among critics, audience, and the jury of the award function. The first-ever film in a foreign language has created a history by winning four Oscar awards out of six nominations.