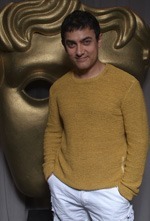 Keeping all the rumors, gossips and idle talks aside, it is now confirmed that Raja Hindustani is going to make his directorial debut with TAARE ZAMEEN PAR. Aamir himself is the producer and director of the film. The film is expected to be out in December 2007. The film is based on the story of a dyslexic (a reading disability) child whose teacher's role is being played by Aamir. While we all are aware of Aamir's superb acting skills, it is now an important question whether he will be able to carve a niche as a director. Ganesha finds out by observing the planetary positions in his horoscope.Aamir Khan was first introduced as a child artist in the 1970's hit Yaadon Ki Baaraat. Good-looking Indian hero Amirkhan was born on 14th March 1965 in Bombay with rising cancer Ascendant. He is having Swagruhi Moon in the 1st house which plays a vital role in his success as an actor. The lord of 5th house of acting is situated in the 2nd house of finance. Thus, he has been earning money by acting. His present transit of Saturn in 2nd house along with Jupiter's transit in the 5th house indicates change of field. In addition, transiting Mars is passing through 12th house and it is aspecting the 3rd house. Because of this, Aamir Khan will wear the cap of the director for his directorial debut, Taare Zameen Pe. In an exclusive interview with Harneet Singh from Screen, Aamir broke his silence and made a big announcement: yes, he has turned director with Taare Zameen Par. The 1st Lord and 5th Lord are strong and effective which denotes that He will get success in this field. His future seems to shine bright in this field and he will earn fame and accolades as a director.Ganesha foresees success for him. May he get all that he deserves!Ganesha's Grace,Nikunj SutharThe Ganeshaspeaks Team
Share