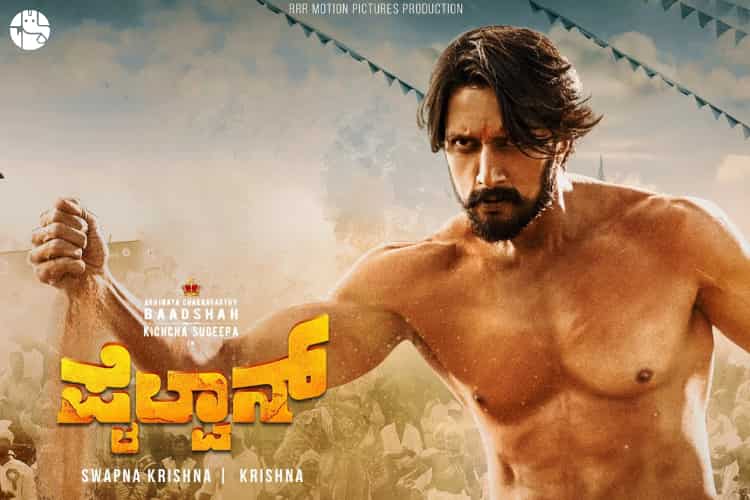 Pailwaan Movie is Sudeep’s first release after Villain with Shivarajkumar. Pailwan seems to create a history of sorts in Kannada cinema as the makers plan to release it in 3,000 screens across the globe.

The other unique feature of the film is the presence of Bollywood actor Suniel Shetty who plays the role of Sarkar, the mentor of Pailwan Krishna. Larnell Stovall composes the boxing shots in the film from Hollywood who is known for the films like Captain America and Dragon Eyes.

Read on to know what astrology has to say about it and if Sudeep-starrer ‘Pailwaan’ will create a new record?

The movie will be released during Mars Mahadasha and Venus Bhukti. Venus is debilitated and placed in the twelfth house of loss and Mars is placed in the Eleventh House of gains. Major planets are under adverse influences of the natal Saturn, which indicates there may be some obstacles in success path. The natal Moon and Mars are in opposition which denotes fortunate sign to receive better compliments and praises from film critics and other film evaluation companies through efforts in advertisements.

To add further, the Malefic Rahu is present in the ninth house of fortune which shows the entire crew team might have taken a lot of effort about the subject while making the film. Overall, success in the south region is granted by the suggested planetary situation.

The lord of Second house Mars is placed in the Eleventh House of gain/benefits. The natal Jupiter is placed in the second house, and it is aspecting Tenth house, which indicates it will easily accumulate better business. However, Mars is aspecting its own house which indicates that the crew team will require sincere efforts from their side to make the movie a blockbuster film. Though the movie will get better opportunities to yield money through various sources.

As the Ascendant lord is placed in the twelfth house which shows some challenges to stay steadily at the box office. However, the film will run parallel on various tracks like subject and actions too. Although the performances of the various artists will be excellent, it may probably get unnoticed.

Summarily, this film is likely to attract a mixed audience as we may not be able to discriminate them among mainstream and artsy. Considering various planetary aspects, Ganesha feels that this movie will perform moderately. Chances of getting major financial accumulation through other region shows are also indicating average.

Pailwaan movie is all set to release on September 12, 2019, in five languages including Kannada, Telugu, Tamil, Hindi and Malayalam and the fans are waiting with bated breath to know if Sudeep will win the fight in the ring or the one against powerful politicians or can he manage to fight them all single-handedly?

Ganesha wishes good luck and a bright future ahead to the entire team of Pailwaan Kannada Movie.