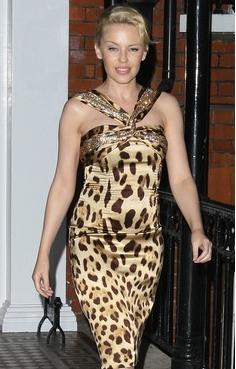 Minogue and music, the two words seem synonyms as the 39 year old Australian pop star Kylie Minogue has bagged prestigious Music Industry Trust’s Award. She has overcome her breast cancer and is all set to release her new album. If you ask Minogue about her feat, she will definitely say that breast and throat has no relation.

Kylie Minogue is the first woman to earn the Prestigious Music Industry Trust award. This Cancer Ascendant born 39 year Nightingale accepts this honour humbly and admits that it is an `incredible honour’. Composer John Barry, singers Peter Gabriel and Elton John have had this privilege before.

Kylie’s horoscope is very interesting. She is born with Cancer Ascendant and Moon the Ascendant Lord is placed in the 11th house in its sign of exaltation i.e. Taurus and Taurus rules the `Throat’. She has Stellium (Group of Planets) in Taurus that includes Sun, combust Mars and Combust Venus. At first sight Venus which also rules throat, seems weak due to combustion but it is exalted in the Navmansha chart. Sun the Lord of second house is in Taurus and it is Vargottami (In its own Navmansha) thus powerful. All these factors indicate that her 2nd house of Vaani (throat and voice) is powerful due to Stellium and Venus’ exaltation and that’s why she is a wonderful singer.

Numerological total of her date of birth is 1 ruled by Sun. Kylie is `born to shine’, believes Ganesha as her destiny number totals down to 3 by compound number 39 which makes one a very good artist.Just a side track note is Priety Zinta changed her name totals down to 39, which made her a better and successful artist after she changed her spelling that totals do 39.Coming back to the point, 1983 brought a positive turning point in her career. Her personal year Number was 9 ruled by Mars, for this year. Number 9 gives an active time to those born with number 1 because energies of Mars and Sun combine. In 1983 when Kylie gave her first performance for `Young Talent Time’ an Australian television variety program which was screened on Network Ten and ran successfully from 1971 to 1989, Taurus Ascendant was rising in her Solar Return Chart.

In this Return Chart Venus and Rahu were in the second house of throat so she could display outstanding performance.Again, in 1987 when she signed contract with Mashroom Records, Solar Return Ascendant was Taurus only. In 1988 when Solar Return Ascendant was Virgo and Moon was in Venus’ sign Libra in the return chart, Kylie’s song Loco-Motion was at number 1 for 7 weeks on the Australian Music Charts. Not only that but it was highest selling single in Australia in 1980s. in the same year her song `I should be so lucky’ became worldwide hit, which was in a way `turning point’ in her career.In 1990 her Solar Return Ascendant was Pisces. This means that Bhagya Bhuvan’s sign was rising in the Return Chart’s Ascendant. Again here, Venus was in the second house of throat. Here, Sun would obviously be in Taurus and Venus in Aries makes Sun `Anyo Anya Uchcha’ (Sun in the sign ruled by Venus and Venus in Sun’s sign of exaltation, makes Sun exalted). In this year her biggest hit was `Biggest the devil you know’. This was most controversial yet popular album.

It has been said and discussed quite a bit that when Ascendant in the Solar Return chart is same as Birth Ascendant, the year is generally difficult for the native but Ganesha believes that this is more from `health point of view’, otherwise, this return always gives a positive turning point in life. Saturn in the Ascendant of Solar Return charts give long and lasting impact of events that will happen in this year. In the return chart, Jupiter is retrograde but aspects the Ascendant of Solar return chart. Mars the Yog Karaka planet for Cancer Ascendant born Kylie is in the 9th house of luck.

A lot can be discussed about Kylie Minogue’s Horoscope but Ganesha would now like to come to the point of Music Industry Trust’s Award. 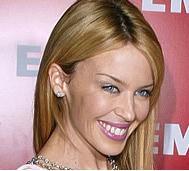 For the year 2007, Kylie’s Personal Year Number is 6 ruled by Venus, the ruler of arts. Her personal Month number was 7 ruled by negative Moon and Neptune. It is to be noted that Neptune rules film industry, media and arts related matters too. Again number 9 ruled by Mars has played a major role here as personal day number.

On the day she got Music Industry Trust’s Award, transiting Moon was passing through Taurus in the beginning part of the day but as the award celebration was at night only, Moon was in Gemini when she received the award and that is 12th house from her Ascendant, almost closer to her Natal Mercury. Moon’s transit through the 12th house from Ascendant is considered to be negative then what’s the astrological factor that should indicate this award?

Very simple, she is born in Rohini Nakshatra and Moon was in Mrigshirsha when she received the award. Mrigshirsha is succeeding constellation to Rohini hence `Sampat Tara’ for Kylie, as per Tara Chakra System. Sampat Tara is responsible for financial gains. No wonder, this award is more than it! Transiting Jupiter was at 25 degree, in Separating aspect to her Natal Moon and Yog Karaka planet Mars. Venus was transiting through Leo the second house of voice and throat on the day she received award. Saturn Ketu and Venus together in the second house are indicating that although she has expressed this as `incredible honour’ – either she deserves more or may be expecting more but not expressing it aloud so that no one is hurt.

Lunar return applicable for the matter happened on the same day at London at 00 hours and 37 min. Ascendant in Lunar Return is Leo. Ganesha notes that Leo is Lord of second house of finance for her so this phase of lunar return which generally lasts for 27 to 29 days was likely to bring some incredible gains. Degree of Ascendant was in closer conjunction to her Natal Jupiter which is her Bhagya Bhuvan Lord.

Most surprising factor here is, at night between 21 hours 16 min. to midnight, Cancer Ascendant was ruling. Kylie is born with Cancer Ascendant and Solar Return Chart’s Ascendant is also Cancer. Obviously, she must have received this award during the said timeframe on 29th October 2007.

May Kylie Minogue keep giving more and more hits during the years to come to receive such honours, wishes Ganesha.