A dedicated brother keen on getting his elder brother married, and then a twist in the kahani as he himself falls in love with the same girl who happens to be his brother’s bride-to-be. The rest of the story is for the audience to guess. How predictable can ‘Mere Brother Ki Dulhan’ get! But, what probably may draw viewers to the cinema halls is the incredible chemistry betweens Imran Khan and Katrina Kaif. After the huge success of ‘Delhi Belly’ for Imran and ‘Zindagi Na Milegi Dobara’ for Katrina, both the actors are on a high, and it would be a delight for the cinema-goers to watch them together. The film also stars Ali Zafar and John Abraham (in a cameo). Although he has earlier worked as an assistant director with Yash Raj Films in ‘Jhoom Barabar Jhoom’, ‘New York’ and ‘Badmaash Company’, ‘Mere Brother Ki Dulhan’ marks the debut of Ali Abbas Zafar, as a writer and as a director.

The film is slated to release on 9th September, 2011. Will ‘Mere Brother Ki Dulhan’ be successful at the box office? Ganesha, with the help of Vedic astrology, foretells the fate of the film. 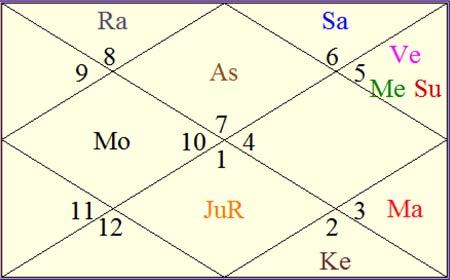