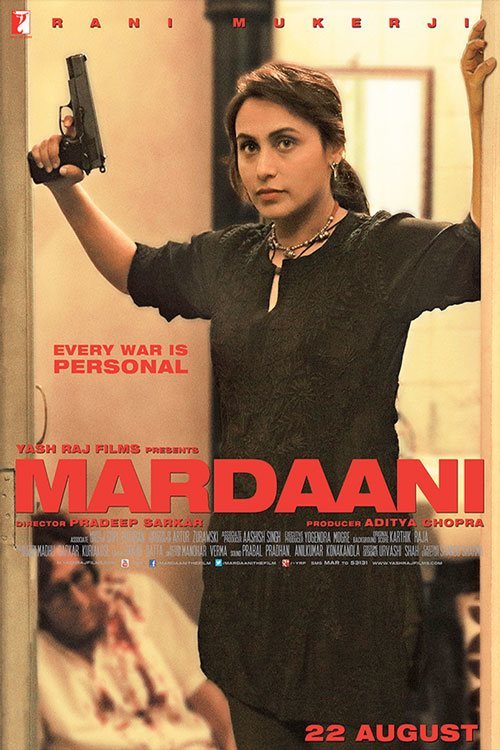 Based on the real life story of a lady police-officer, Mardaani is the come-back film for well-known Bollywood actress Rani Mukerji. It will be her first release post her marriage to the ace-director and YRF scion Aditya Chopra. Rani takes up the lead role as Shivani Roy, a crime branch officer in the film Mardaani that’s slated to hit the theatres across India on 22nd August 2014. In her strong character portrayal for this film, Rani shall be seen toting a gun through the movie, bashing goons and putting right the wrongs.

Till now, very few Bollywood actresses have dared to take up the main role as a cop in the mainstream Hindi cinema, and that is why, perhaps, this movie could become a trend-setter. And, few will have a doubt when it’s about Rani Mukerji’s acting skills, for she has proven herself time and again in the past. Still, in this film, audiences shall be seeing her not only in a new avataar, but also after a big gap (she was last seen in another real story adaptation No One Killed Jessica). Plus, Rani shall be seen performing a plenty of stunts in this film, and thus she carries a huge responsibility on dainty her shoulders in Mardaani that also happens to be produced by her (now) home-banner Yash Raj Films.

Will Rani manage to impress the audiences in her latest avtaar? Ganesha, with the help of Vedic Astrology, analyses the film Mardaani’s Release Time Chart to find out how well this film will fare at the box office.

Ganesha wishes good luck to the cast and crew of the film Mardaani.