Performances of the cast of Manjhi will be appreciated, but it may do average business, says Ganesha 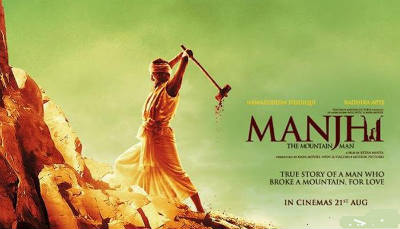 Based on the real-life story of Dashrath Manjhi – a man who literally broke mountains and made a route or a road through them, Manjhi the Mountain Man promises to be a movie which will move us to tears and strike the right emotional connect. With the super-talented Nawazuddin Siddique in the lead role along with Radhika Apte as his love interest, this Ketan Mehta film looks set to amaze the audiences. But are the stars in favour of the movie and how will it fare at the Box-Office? Check out what Ganesha forecasts for the movie…

Ganesha wishes good luck to the cast and crew of ‘Manjhi’ The Mountain Man.
With Ganesha’s Grace,
Rantidev A. Upadhyay and Aaditya Sain
The GaneshaSpeaks Team