Ganesha foresees a major shift in Lara Dutta's career during the year ahead... 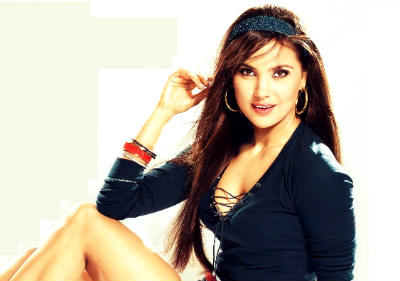 Lara Dutta who is best remembered for being crowned Miss Universe 2000, is also known for her off-beat roles in Bollywood. Her grace, charm and intelligence have won many accolades for her, and roles in films like Andaaz, Masti, Kaal, Jhoom Barabaar Jhoom, Billu and David. Her films were huge hits from 2005 to 2010. Though post 2010 most of her films failed at the box office, her performance received good reviews. Lara Dutta's yoga videos are quite popular on You Tube. Her modeling photo-shoots, films, yoga videos, nine year relationship with Kelly Dorji, engagement to Mahesh Bhupathi, pregnancy and birth of her daughter, return to films after a long gap have helped her make it to the Times Celebex February 2016 list. The stylish actress recently celebrated her birthday, that is on 16th April, Let's see what Ganesha has in store for the gorgeous diva in the coming year.
LARA DUTTA
Date of Birth: 16th April, 1978
Time of Birth: Unavailable
Place of birth: Ghaziabad, UP, India
Lara Dutta's Surya Kundli