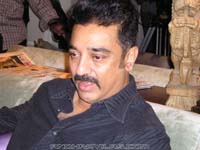 Kamal Haasan was born in Pararnakudi, Tamil Nadu. He is a four-time National Film Award winning Indian film actor. He began his career as a child artist in many films, while also attending a theatre for stage plays. Kamal Haasan has acted in over two hundred Indian films. Kamal Hassan has received India’s fourth highest civilian honour, the Padma Shri for his services to Indian cinema in 1990. He has received so many achievements during eighties and nineties.

The horoscope of Kamal Hasan has dazzling Raja Yoga in the first house. The 1st lord, 4th lord, 11th lord and 9th lord are placed in the 1st house. The present planetary combination gives ample impetus for the person to be famous, successful, and well known in the field of movies. He is very good at acting because Mercury is in the 2nd house, and 2nd lord is in the 12th house in exchange with the 1st house. 12th house means loss of face. Transit of Jupiter over Natal Venus supported Kamal Hasan massively for being a good actor. It also helps him to experiment with different outlooks in various movies. His 9th lord is in the 1st house with malefic planets, and also 3rd and 6th are in the 9th. This planetary placement makes him make own ideologies and stick to them. The 7th lord is in the 12th house. The 7th lord is in exchange with the 1st lord, which is also associated with many planets from Karakamsa lagna. There is an exchange between 5th and 7th lord, which happens in a dual sign. Because of these planetary positions he had multiple affairs. Ganesha feels that Kamal’s new year is more progressive than previous year. He shall have better branding and fame this year. Kamal will have better news from his children’s growth also.

Ganesha wishes him all the best for all his future endeavors.