Ingemar Bergman – the Magician of movies in the Silence 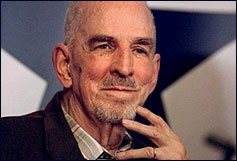 Hollywood galaxy has lost its scintillating star in the name of Ernst Ingmar Bergman, the great Swedish filmmaker. Bergman was 89.

He had Neptune in the 10th house and Neptune rules the film world and as it placed in the 10th house of career his vision was translated into celluloid to entertain the public. Neptune is also very close to Mercury and Saturn in the 10th house, which points to often dark and intense themes. His themes were bleak, despairing, often obsessed with death and sometimes humorous. He was a good organizer, particular in his approach but not light hearted

His Sun was Vargottama in the sign of Gemini. This reinforces the communicative, witty and charismatic qualities of his Sun and that have contributed to his popularity and success. Sun is not only the Atmakaraka planet in his chart but also placed in the 10th house from the natal Moon confers success and fame in his profession

Venus placed in the 9th house in Chalit and in its own house signifies art and diplomacy. The Mars Moon conjunction in the 12th house and Moon in the exchange with Mercury describes great fear, frustration, and a sense of being stuck in a never-ending imprisonment

The 7th house Lord Mars placed in the 12th house suggests unsettled personal life. With a fourth house Uranus opposition Saturn he was restless in the extreme ending up with five marriages and nine children through his life