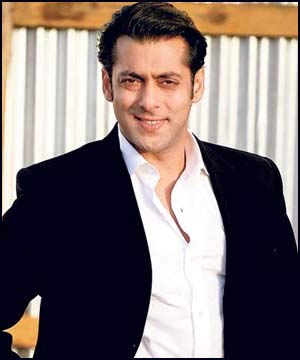 Some people are born great, some achieve greatness, and some have greatness thrust upon them. The enigmatic actor Salman Khan definitely blends the lines between the last two categories. After an unforgettable debut in Maine Pyar Kiya in 1989, which earned him a Best Male Debut Award from Filmfare, Sallu (as he is fondly called), only went from strength to strength. Be it the gentle rebel of Baaghi, the upright cop of Patthar ke Phool, the heart-rending lover of Love, or the irreverent playboy of Saajan ? he infused each role with character, an effort that made him the undisputed darling of the masses. The original hot-bod of Bollywood, Salman can give any Hollywood star a run for his money with his perfectly chiselled body and drop-dead gorgeous looks. He earned the unique distinction of starring in the highest-grossing films of six years from 1991 to 1999. Although, 1992 and 1993 were uneventful for him despite 6 releases, he bounced back with a blockbuster in the form of Andaz Apna Apna. Hum Aapke Hain Kaun followed, helping him re-establish himself and winning him a Filmfare Award for Best Actor.

A relatively quiet time followed for Sallu, post 2000, with only Tere Naam, Baghban, and Partner being declared hits. Unfazed by the stories surrounding his tumultuous love life, his numerous affairs with actresses of the time, including Aishwarya Rai and Katrina Kaif, he chose to maintain a dignified silence on most occasions. An endearing host of popular reality shows like 10 ka Dum and Bigg Boss, Salman is a down-to-earth introvert, who believes in the theory of 'live and let live'. Hidden behind his 'eligible bachelor' image is a humanitarian; Salman has been the force behind the NGO, Being Human, the proceeds of which go towards rehabilitating the underprivileged.

Wanted, Dabangg, Ready, and Bodyguard, latter two being 2011 releases, have taken Salman way ahead of his contemporaries. Will the year 2012 prove to be as propitious for him? Will he find his love in the coming year? Ganesha reads his natal chart, and predicts what lies ahead in the year 2012 for Bollywood's favourite wild child with a heart of gold. 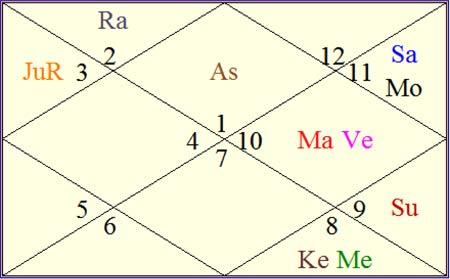