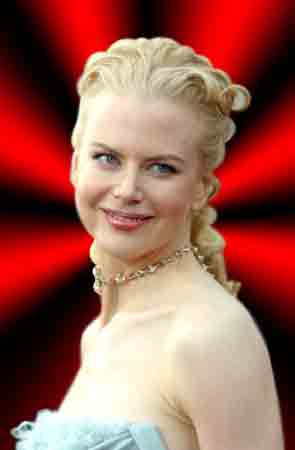 Introduction
The Nicole Kidman is an Academy Award-winner American-Australian actress, producer and singer.She won the honor of the highest paid actress in the film industry in 2006. She made her acting career with a thriller Dead Calm in 1989. Ganesha throws light on the astrological aspects in her birth chart.

Astrological Analysis
She was born on 20th June 1967 at 3:15 PM in Honolulu with rising Libra Ascendant. The Lord of Ascendant Venus is placed in the tenth house of career. From 1986 to 2006, she was under the positive influence of Venus Mahadasha which was beneficial for acting as well as dancing. Her performance is noticeable. In 2006, Kidman was made a companion of the order of Australia’s highest civilian honour. Currently, she is passing through Mahadasha of Sun and Antardasha of Rahu which will continue till 10th November 2008.

Antardasha Lord Rahu is placed in the seventh house. As Rahu is a natural malefic planet, Seventh house is afflicted by Rahu which may be responsible for broken marriage. The Lord of the seventh house of marriage ie. Mars is situated in the twelfth house, which is also denoting up and downs in married life. Her first marriage had broken. Then, she married Keith urban. She is well-known for her former marriage to Tom Cruise, as well as her current marriage to singer Keith Urban. Ganesha notes that in her chart, the Lord of fifth house of progeny Saturn is currently transiting through Leo sign; it will remain in Leo till 9th of September 2009 to be precise. It is aspecting the fifth house in its own sign. Referring to all these factors, Ganesha feels that probability of begetting child during 2008 is very high. She is presently under the negative influence of Rahu’s sub period which will rule till 10th November 2008.

Future prediction
From 22nd June 2008 to 9th August 2008, transiting Mars will be passing through eleventh house and will be aspecting the fifth house of kid. Pondering this and above mentioned planetary positions, Ganesha finds that if Pregnancy happens in the month of July, then there might be chances of surgery. Ultimately, she may get blessed with a female child approximately round about July 2008 by the Grace of Ganesha.

Below mentioned mantra can be helpful in preventing miscarriage. It will also help for boosting child prospect. Added to this, she should not eat non vegetarian food on Thursday and Sunday.

Ganesha gives her best wishes well in advance for the new entrant in the family in 2008.