Ganesha cautions Jessica Alba about a crucial phase of her life 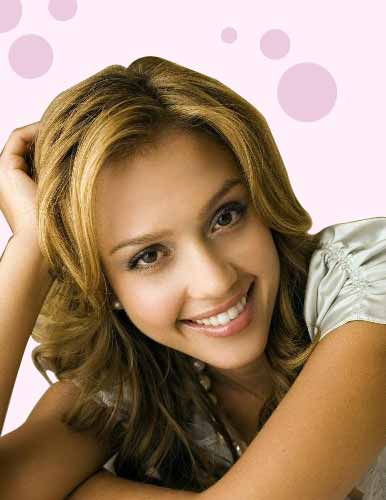 Jessica Alba is an American actress who rose to fame with the trelevision series Dark Angel. She frequently appears on the “Hot 100” section of Maxim. She was also voted as the sexiest woman in the world in FHM in 2007. Ganesha studies her chart and predicts the future of her relationship with Cash Warren.

Jessica Alba’s character analysis
Jessica has fiery Leo Ascendant and the Lord of Ascendant Sun is in exaltation and placed well in the 9th house. Her birth star is Danistha 3rd Pada. So, she is magnetic in appearance with bilious constitution, thoughtful countenance and upper part of the body is better formed. She always likes to live with her own calibre and effort. She dislikes to express her disagreement with others till the last moment. We are well aware of the elephant’s revenge. That is, if any animal causes trouble to the mighty elephant, the elephant waits for the right opportunity to bounce upon them. She can be just like that.

Her Career
In her chart, Venus is Atmakarka and placed in Libra Navmansa indicating extra ordinary success in movies and entertainment business. Alba had expressed interest in acting since the age of five and she took her first acting class at age twelve, and an acting agent signed her nine months later. Sounds wonderful. It’s all about the Charisma of strong Venus which happens to be the Lord of 10th house(house of profession) in her case.

Her achievement and planets
She also has powerful Ascendant Lord placed in the 9th house of fortune. Sun is not only exalted but also placed in Leo Navmansa becoming super strong. Alba rose to greater prominence in Hollywood in year 1999 after appearing as a member of a snobby high school clique in the Drew Barrymore romantic comedy Never Been Kissed, and as the female lead character in the 1999 comedy-horror film Idle Hands. She was running Rahu-Sun period and Rahu is placed in the Libra Navmansa with Venus. Sun is very strong in her chart giving her name and fame.

Her big break came when writer/director James Cameron picked Alba for the role of the genetically-engineered super-soldier, Max Guevara, on the FOX sci-fi TV series Dark Angel. She was running Rahu-Mars period in year 2001 when she won the Best Actress Award on Television. Mars is the Lord of 9th house placed in its own sign and forming Rajayoga with Sun and Venus situated therein.

She was nominated for Choice Movie Actress: Action/Adventure/Thriller, Sin City in 2005, Movies – Choice Actress: Drama/Action Adventure, Fantastic Four in 2006. She was running Jupiter-Saturn period. Jupiter is the Lord of 5th house( house of performance) placed with Saturn-the Lord of 7th house. The conjunction of Kendra and Trikona Lord is forming a superb Rajayoga in her chart. Jupiter is also placed in its own Navmansa becoming very strong.

Compatibility with Cash Warren
Cash Warren is born in Aries Ascendant and the Lord of Ascendant is placed in the fiery, playful sign Sagittarius. Ascendant Lord becomes very strong by being Vargottama. Exalted Jupiter in the 4th house is forming Mahapurusha Yoga making his chart very strong.

Jessica’s Sun is in trine with Cash’s Sun. This indicates that they are very compatible philosophically and intellectually. Over a period of time, the two of them may become too complacent or conservative, and focus too much on mundane affairs. Jessica’s Moon falls over Cash’s Ketu. So, they might not share a great rapport on the mental level. Intellectual stimulation, sharing of ideas, regular conversation with each other, are very important for both to avoid misunderstandings. Jessica’s Venus is in trine to Cash’s Saturn and Cash’s Venus Sextile Jessica’s Saturn indicating very good mutual trustworthiness, and responsibility which makes both feel very secure with each other and both take the relationship very seriously. Cash’s Venus is in conjunction with Jessica’s Uranus so sexual attraction comes in sudden, unexpected waves. However, it also subsides as suddenly as it comes. Such inconstancy of attraction for each other can put this relationship on a threat .Cash’s Mars square Jessica’s Pluto, which is an indication of strong sexual attraction for each other. But one of them is likely to come on too strong to the other and this can be offensive to the other at times. In composite chart, Moon Sextile Venus is indicating caring and nurturing love for each other. Composite Venus is in square to Uranus suggesting that this relationship will always have a highly unstable, unpredictable and volatile nature and not very soothing or peaceful effect. Composite Moon opposite to Pluto is indicative of periods of intense emotional turbulence and struggles.

Currently, she is running Jupiter-Mercury period and the transiting Jupiter is moving in the 5th house(house of kids) and in trine with Mercury. She is expecting child in early spring or summer in year 2008. Chances of a girl child is prominent here. She needs to take extra care of health between 15th February and 25th March to avoid any mishaps. The period between 28th June and 25th December 2008 looks externally stressful and adverse for their relationship. There is a strong possibility of separation during that phase.