Deepika Will Be The Sure-shot Head-turner of 2017, Predicts Ganesha 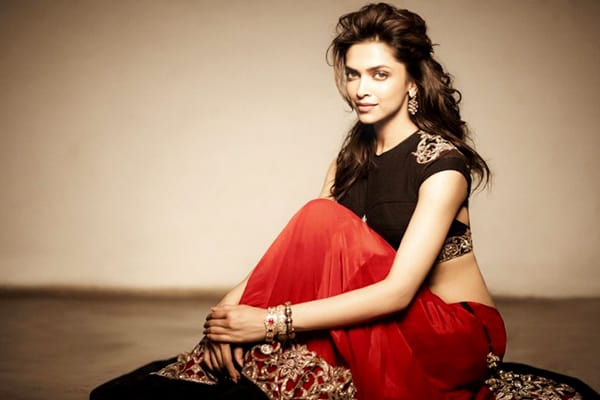 The planetary alignment for Deepika in 2017:
Ganesha observes that Jupiter will be transiting through the 10th House from Deepika’s Natal Sun, Mercury and Venus. Her Saturn return phase will be getting over on 26th January, 2017, and thereafter it will begin its transit over the natal trio in Sagittarius. Rahu-Ketu will be transiting through the Leo-Aquarius axis till August 2017, after which Ketu will transit over the natal Jupiter.

How will 2017 be for her?
According to Ganesha, this year will be all about prioritising and organising for Deepika. Her golden run is likely to continue even this year and there will be too many things on her platter. Jupiter will ensure that she is able to give it her best in the films she performs and will also bring new opportunities her way.

A hard grind foreseen:
Though there will be a lot of things working in Dippy’s favour, Saturn’s transit over the Sun, Mercury and Venus indicates that it will not be an entirely smooth cruise for the Baajirao Mastani actress. It may be possible that even for a star of her calibre, success may only come after multiple attempts. Also, she may find it challenging to maintain her creative flow.

Also Read: While B’wood May Witness A Rise Of Regional Cinema, New Talent Will Shine In H’wood

Multiple ‘rabbits’ in Dippy’s hat?
Ganesha feels that Dippy will be able to charm her fans with multiple projects this year. Moreover, she may be working on more than one assignments simultaneously.

Being positive and motivated will help:
Saturn’s transit over the trio in Sagittarius and later the transit of Ketu over natal Jupiter may have a negative impact on Deepika’s morale and enthusiasm. Thus, Ganesha advises her to remain positive. Moreover, some health as well as temperamental issues are foreseen. The stars are mostly indicating success for her, but on some occasions she may be prone to depression. But, after September, there may be a drastic boost in her optimism.

Deepika may take long-term decisions this year:
Year 2017 is going to remain active for her but there are all chances of she getting involved in long term projects in which she will have to work too hard. She will have to take good care of her health and temper during the year. She will have to guard against negative thinking and depression too, while actually stars are indicating success. At relationship front, she may face some hardships. Financially, the year is going to remain extremely rewarding, says Ganesha.

Do not miss: Ghosts Of The Past May Come Back To Haunt Salman In 2017, Predicts Ganesha

Some hiccups at the relationship front?
The negative effects of the transit of Saturn mentioned above may also spill over to the relationships sphere, feels Ganesha. Communication gaps and misunderstandings are likely.

What can Dippy write home about in this year?
On the overall, the year will be quite favourable for Deepika and high level success in most of her ventures is foreseen. But, there may be some delay and frustration at times. During this year, she may rethink and reevaluate some major decisions that she may have taken earlier. Moreover, the period between July last week to August end will be a very important phase for her.

Want to know some fascinating aspects of your personality? Then get the answers with the Astro Profile for FREE!