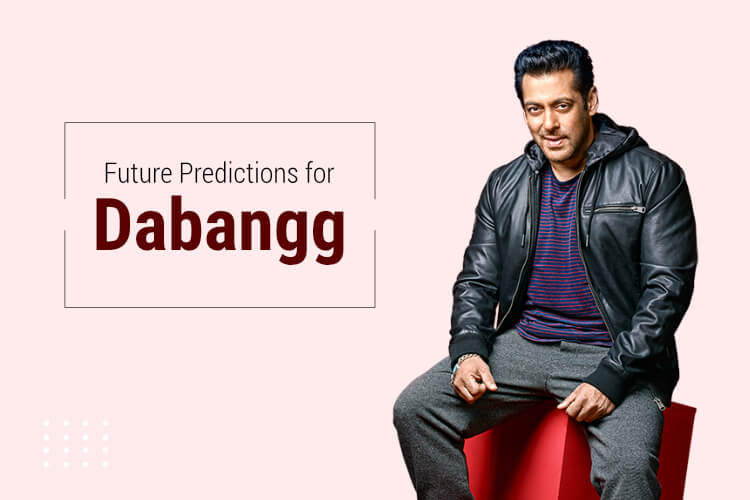 The Big Boss of the box office, Salman Khan, turns 55 on 27th December. After more than 30 years in the industry, he enjoys a passionate fandom like no other. In the last decade or so, he has found a formula to churn out blockbusters one after another in his own style. Though we did not get to see him on-screen in 2020 (and whistle our lungs out), 2021 looks promising. Let’s find out what this year holds for him with an astrological analysis of Salman Khan’s Horoscope.

You too can find out detailed predictions about various aspects of your life with your personalised 2021 Highlight Report, handwritten by our experts.

There are many lines, from the songs of his own movies, that define the Dabangg himself, Salman Khan. But if that fake Shakespeare quote “Love me or Hate me…” was a person, you know who it would be. From a promising debut to everyone’s favourite son ‘Prem’, a series of flops to the most bankable name, and a movie star loved by everyone to the target of the law, Salman has seen everything. A lot of the controversies could have been avoided though if he had listened to “Just Chill…”, but being the Pandeyji he is, every controversy was welcomed by him with ‘Swag’.

So is this another year of 200-300 Cr. films, or unwanted controversies?

Salman Khan’s date of birth indicates his zodiac sign to be Capricorn. As we can see in his Kundli, the transiting Jupiter and Saturn are going to transit over Mars, Venus, and the Moon in the 12th house. Moreover, Salman Khan will be under the influence of Saturn Mahadasha (Sade Sati) and Antardasha of Jupiter, which will end on 25th August 2022. How will these planetary placements and movements work out for Salman Khan? The answer lies in Salman Khan’s Birthday Predictions below!

Kabhie Eid Kabhi Diwali for His Releases in 2021?

Upon a thorough Salman Khan Kundli analysis, we can see that Mercury, the lord of the 5th house ( the house of performance) is positioned in the 10th house (the house of career or profession) of his Chart. He will also be under the influence of the Antardasha of Mercury till March 2021. The whole Bollywood is looking forward to his success after the pandemic of the corona, and these influences are only pointing towards success. The influence of Venus (lord of the house of fortune) will also be from 12th May to 13th October 2021. The movie “Kabhi Eid Kabhi Diwali” is scheduled to release on 13th May 2021, and even with a delayed release, the movie looks all set to break the previous records.

Worried about where your career will take you? What are the chances of that promotion you are eyeing? Find out now with your personalised 2021 Career Report, prepared by the best astrologers of India.

It is no secret that Bhai has carried an image of a bad boy since long. He has been involved in cases like hit and run and blackbuck poaching. Over the years, this has brought criticism to his ways, and there are many who consider him an outright criminal. The cases have been set aside, and bails have been granted in the past. And however, Rahu transit in the 10th house of his birth chart along with Saturn transit over Venus and Mars will create an atmosphere of negativity. Until the end of August 2022, legal battles and controversies are likely to be there. And though justice needs to be served equally to everyone, ‘100 Pratishat Bhartiya’ fans argue that he is being treated harshly for being a celebrity and to make an example out of him.

Do You Wanna Partner?

Salman Khan’s marriage has been a national prime time topic since long. Astrologically, the Sun, lord of the 7th house signifies marriage or an engagement. Jupiter (the lord of this sub-period) aspects the Sun and that makes his way clear for finally tying a knot with his girlfriend Lulia Vantur. Before 21st November 2021, the chances are high. If Salman doesn’t ask “Mujhse Shaadi Karogi?” to Lulia before that, then the wait is likely to get longer, or even impossible! Heartbreaking, isn’t it?

Save yourself from a heartbreak! Find out your compatibility factors with your partner with Free Compatibility Report!

Salman, being the most successful member of his family, has always been supportive of the people around him. He has saved and launched many careers, be it his brothers, brothers-in-law, or anyone close to him or his family. Being a Capricorn, Salman Khan’s Ascendant lord Saturn is situated in Ascendant itself. It receives the aspect of Jupiter, the lord of the 2nd house (family) from the 5th house (children) in his birth chart. This translates to him being a family man, and he is likely to be one for long. Peace, harmony, brotherhood, and selfless sacrifices may always be there for his family.

Dabangg of the Industry

With as much as nine movies in the 100 crore club, he remains the king of collections when it comes to the economy of the business. He is under the influence of Saturn’s Transit over Venus, the lord of fortune and luck. The Saturn also aspects the 9th house in his birth chart, which is also the house of fortune. Combine this with the beneficial effects of Jupiter’s transit, and all you may see is a success. Among all Khans, Kumar and Kapoors, he is likely to emerge victorious. As we mentioned, his success will also help the pandemic struck industry.

Find out your strong suits and weaknesses, based on the planetary positions at the time of your birth. Get your Personalised Janampatri, handwritten by expert astrologers.

Both professionally and personally, 2021 is likely to bring “Mausam ka Jadoo” for this actor. Legally, he may need to be “Ready” for anything. Whatever may be the case, we wish him a successful year ahead. Happy Birthday,  Salman Khan!