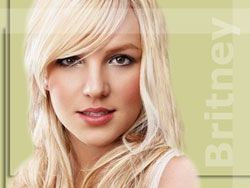 Fame is not immortal but short lived in this fast moving world, specifically in Hollywood, by and large. Ganesha witnesses the same in Britney Spears’ Horoscope. Of late, she has come to know about her teenage sister Jamie Lynn Spears’ pregnancy. Some believe that she is not getting enough attention from media by and large so she is passing through the phase of depression and some believe that because of family problems, she is losing control over her mind and emotions both. As per the news, she was hooked up with a photographer too on 23rd December 2007. Astrology can throw light on these matters.

Britney is a Sagittarian and this sign desires and acquires complete freedom generally, as their sense of freedom is very high by nature. If that freedom is not given to them, they will surely feel uncomfortable. As per Vedic Astrology System, she is born with Virgo Ascendant and Pisces Navmansha (Divisional chart widely known as D-9). Pisces being 7th sign from her Ascendant which signifies ‘self’, it is very clear that she can be her own enemy!

Moon signifies mind and related matters. Her Moon is with Venus the significator of love and a strong malefic planet Ketu the South Node. At present, she is passing through major period of Rahu (the North Node) which is aspecting the Moon and sub period is of Moon itself. This period has started from 12th October 2007 and it will rule till 12th April 2009. No wonder, mind is completely under negative forces. Rahu denotes Illusions and Moon governs the mind! This is what her Vedic Astrology Mahadasha and Antardasha says.

As per Ganesha’s view, she is passing through a phase where in she is seeking greater attention from all the sides. At the same time, she is troubled much by unnecessary paparazzi followers and also by family problems. She deserves true care and nurturing along with the freedom that she requires by nature. Transiting Jupiter as per Vedic Astrology System has entered Sagittarius on 22nd November 2007 and it is enhancing her ‘sense of freedom’. No wonder, she is seeking sexual freedom and satisfaction both. On the other hand, she is actually trying to run away from current situation around her wherein she has no ex-boyfriend in life (who doesn’t know about Justin Timberlake, famous singer and her ‘childhood friend’). She is also mature enough age wise and fame seems to be fading out. She has also lost custody of children. This indicates that she is ‘trapped’ all the way and passing through a very ‘trying time’ in her life, specifically after she entered North Node’s major period and sub period of Moon, she has been changing clothes very frequently, she has also been fighting with paparazzi guys around and she hooked up with a photographer too. Her trip to Los Angles with a photographer on 23rd December 2007 doesn’t seem a fake story after considering all these factors.

Ganesha feels that she will have to control herself much more after April 2008 and must undergo proper psychological treatment otherwise she has all scopes of driving herself crazier than this and may develop negative or suicidal tendencies. ‘Return of Nodes’ in her chart will be brining in the results of Karmic Baggages that she is carrying at present and she is most likely to remain in the limelight due to her troubles at least for next two years.

Ganesha wishes she gets over this very soon and acquires the much needed balance and control over her life, behaviour and thinking.

‘Sanity is lost as often as the pain is given,
But the adjustment is real so we fall in love with equilibrium’