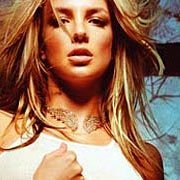 American pop singer Britney Spears is in news since a long time now for all wrong reasons. She is best known for her studio albums, music videos, and songs, such as “…Baby One More Time”, “Oops!… I Did It Again”, “I’m a Slave 4 U”, “Toxic”, for which she won a Grammy Award, and “Gimme More”.

However, her personal life gained more attention than her professional life especially her marriage to back-up dancer Kevin Federline, the birth of her two children, her divorce and now the legal battle for the custody of her children. Now, she is in news again for threatening her husband of suicide by driving off a cliff. All this was due to the judgement that her sons can stay with her only once in a week. There has to be something terribly amiss with her horoscope. Ganesha goes deep in order to find out the reasons behind her mental imbalance.

Best known for her sultry image as a pop superstar, Britney Spears actually began her youthful career as an actress -the singing came later. She was born in USA on 12th February 1981 with Aquarius Sun sign. She has strong and attractive personality. She is shy as well as sensitive. Normally, she has good taste in drama, music and art. She is God gifted as far as art is concerned. Her Moon is in exaltation which has given her attractiveness. Taking into consideration of the inauspicious transit of Rahu which is moving over the Natal Sun. it will change in the end of April 2008. It may be responsible of giving unfavourable thinking. Hence, when Britney called up ex-hubby Kevin Federline, she told him that she is going to drive off the cliff! It’s going to be his fault that she killed herself.

Due to malefic Rahu’s transit over the Natal Sun she has been suffering lots of problem. However her time will be good from April onwards.

Ganesha gives her courage to deal with these unfavourable circumstances!