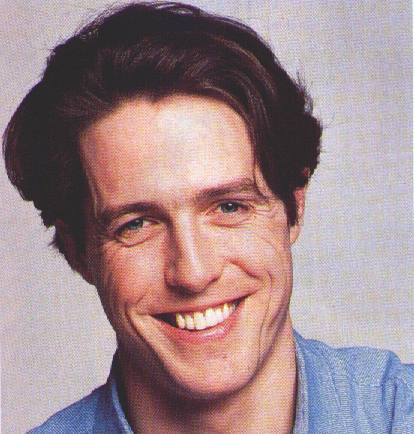 A French kiss at a Japanese restaurant has been resulted into a media trial for a British actor Hugh Grant. In an embarrassing situation (not for Grant), the libertine actor was caught passionately kissing a young woman at a classy restaurant in London. While Grant’s male friend was stroking the thigh of this unknown woman. The brazen behaviour of 47-year old Hugh Grant has also created a feeling of disgust among the onlookers around the restaurant.

If we analyze the whole controversial episode astrologically, we find that transiting Uranus is opposing the Sun of Hugh Grant’s chart. He is in the news or controversy because he did not seem to care much what people think about his behavior. And that is all about the typical Uranus-effect!

Hugh Grant is not the kind of man who believes in stable relationship because Moon is in opposition to the Neptune, Venus is in square to Saturn and also Mars sextile Uranus. These are the aspects very frequently seen in the charts of men who have no or very few steady relationships and Hug Grant has them all!

Of course he has Moon in Taurus and Venus in Libra, both strong in their own signs indicating the importance of luxury, beauty, art and female partners in his life. Majority of planets placed in the earthy sign indicating strong materialistic tendencies.

Earlier this year Hugh Grant arrested over `baked beans attack’ as photographer accused the British actor of assault with plastic tub of food. At the time of incident, transiting Jupiter was squaring Hugh’s Natal Sun which suggests lack of self-restraint and confrontation with the ruling class or authority. And also transiting Saturn was applying to a conjunction with his Natal Uranus suggesting rowdiness.

He has to be very careful in this retrograde Mars period and must control his temperaments as he is liable to react very aggressively and publicly in this phase particularly in the last week of January 2008 which might lead him to legal issues yet again.