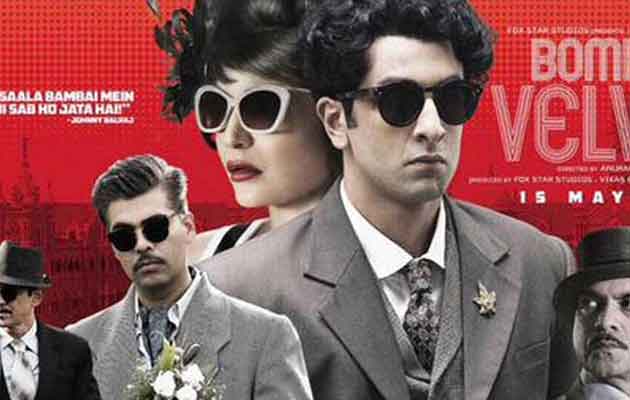 Ranbir Kapoor, Karan Johar and Anushka Sharma starrer, Anurag Kashyap directed Bombay Velvet is set to hit cinema theatres across nation on 15th May 2015. Based on historian Gyan Prakash’s book Mumbai Fables, the film Bombay Velvet is one among the most anticipated Bollywood films of the year 2015. The period crime drama and romantic thriller is said to be the story about the inter-play of the lives of a boxer/ street fighter and a jazz singer, set in 1960’s Bombay.Film’s teasers and eclectic music already seem to have hit a chord with the audiences. And, the lead couple’s sizzling chemistry is already scorching the television screens! Will it be a hit or a miss? Ganesha looks at the Film’s Release Time Chart to predict how will the movie fare at the box-office. Read on.

Ganesha wishes well to the cast and crew of the film Bombay Velvet.