Badrinath Ki Dulhania Movie Review: The Film May Woo The Youth But May Not Gain Big 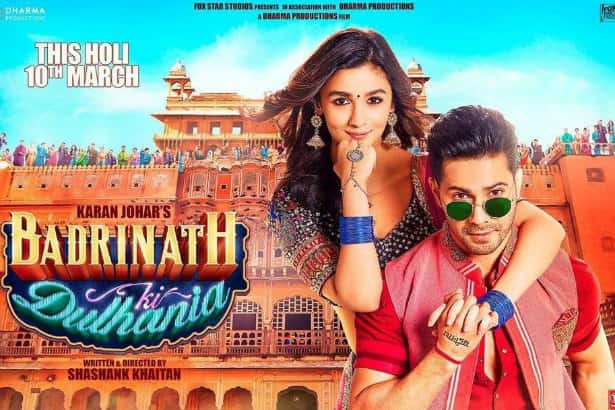 Ganesha reviews the astrological factors in the Release Time Chart of the Varun Dhawan and Alia Bhatt starrer.

Alia Bhatt and Varun Dhawan are back with another ‘Humpty Sharmaish’ romcom, which will be directed by Shashank Khaitan. Produced by Karan Johar’s Dharma Productions and Fox Star Studios, the film promises to be a complete family entertainer, filled with all the colour and elements of a Karan Johar film. In this article, Ganesha reviews the astrological configurations in the Chart and feels that though the film may not be a huge hit commercially, it will be able to entertain the masses well. Read on.

‘Badrinath Ki Dulhania’ will be releasing during Aries Ascendant with the presence of Mars therein. The strong placement of the Lord of the Ascendant indicates that the movie will receive a good response and will be able to draw the audiences to the theaters.

Ganesha notes that there is a very strong influence of the young planets in the Release Time Chart and due to this, the film will be able to strike a chord with teenagers and youngsters.

Venus is placed in the 12th House in its Sign of exaltation – Pisces. Because of this, the music and art are likely to be appreciated by the audiences. The background music, songs and dance sequences are likely to gain popularity.

Mercury To Up The Fun Quotient In Badrinath Ki Dulhania

The 5th House of the Release Time Chart is occupied by the malefic Rahu, while the Lord of the 5th House – the Sun is placed in the 11th House along with Ketu and Mercury. These configurations present a mixed picture as regards the performances of the actors. But, as two key planets are placed in the 11th House of gains, the actors will be able to entertain the masses well and will be able to keep the show going.

Will Your Finances Bring Happiness This Year? Get To Know With The 2017 Finance Report

Considering the overall astrological factors, Ganesha feels that the movie – ‘Badrinath Ki Dulhania’ may not turn out to be an outstanding film at the box office, but may go down as a light-hearted, one-time entertainer. Moreover, the movie may not do too well commercially.