Baaghi 3 Movie Predictions: How do the stars favour the success of the movie? 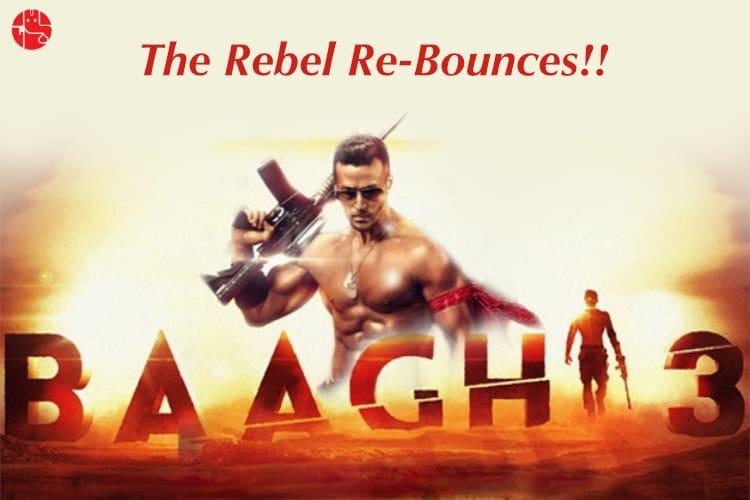 BAAGHI 3:Baaghi 3, is  a sequel to Baaghi 1 (2016) and Baaghi 2 (2018).The story basically highlights the special bond between siblings Ronnie( Tiger Shroff) and Vikram(Ritiesh Deshmukh), who are emotionally attached to each other. Vikram has always been a Messiah for Ronnie who is very often rescued by him  in troubled times. This bond gets stronger when certain events in Vikram’s life take an ugly turn. He gets trapped by ISIS in Syria and is brutally beaten and tortured. Ronnie goes on a rampage of destruction to get back his trapped brother even, if ,it means risking his own life. He makes heaven and earth one to get his brother out of this vicious circle.

Baaghi 3, is definitely going to be a complete charbuster ,as it involves all shades  of emotions like thrill, action,drama,suspense and romance.A complete package that clearly defines a typical Hindi film.It  stars Tiger Shroff ,Shraddha Kapoor and Riteish Deshmukh in the lead. Jackie Shroff plays a cameo as Ronnie and Vikram’s father  while Disha Patani will be seen in a sensuous number “Do You Love Me”. Jameel Khoury , an Israeli actor and composer plays Abu Jalal,chief of ISIS. It co-stars Ankita Lokhande as Ruchi and Jaideep Ahlawat as Abu’s henchman.

Tiger Shroff is up again with his dangerous stunts and muscular body movements, with Shraddha Kapoor to spice up his love life.An action packed thriller set to roll on floors on the 6th of March,2020. What do the stars predict for this love-hate thriller?Will Tiger Shroff’s adventure spell- bind the audiences? Do the stars favour the movie with its weekend box office collections? To get a glimpse, Ganesha has predicted it for you!

Where will you stand financially in 2020? Get a detailed financial report 2020 now!

The above planetary influences indicate a strong base  for the movie , as it has a very substantial story-line. As the title goes “Baaghi” means a “Rebel”, there's enough to say about the content of the movie. With a rebel there ought to be lots of action, adventure and mystery. Saturn’s influence will glue the audiences to their seats as they will get commendable substance to sustain their  interests. The plot of the movie is common like any other action packed thriller but, still it will be able to get an average rating.However, with Saturn aspecting the Moon and the 7th house of the opposite world , the movie could face some issues at the time of release. Venus, the planet of love and entertainment  is placed in the 1st house of the movie chart .Thus, as per Ganesha the planetary influences predict Baaghi 3 to make a  terrific beginning in many states of the country.

The Trikon/Trine house lords are placed well in the movie chart. This shows that the expectations of the audience from the lead cast of the movie will increase.However, co-actors could give mediocre performances with a casual approach by the masses for the same.Ketu could play the spoil-sport as the movie may not live up to its standards in certain parts  of the country. This could definitely give an hiccup in the overall performance of the movie at the box office.

Different astrological parameters predict the movie to mint money from various sources. However,there could be a lot more challenges with the box-office numbers at some places, with Ketu’s malefic influence.In spite of these hurdles Baaghi 3 could accumulate good earnings and make commendable business.

Do you need assistance and guidance in your life? Are you stuck up at any  point in life ?To get Personalized Solutions, Talk to An Expert Astrologer Now!

Ganesha showers his good luck on the Baaghi 3 team for its prosperous unending  journey in the entertainment field!