Arjun Kapoor’s popularity may get a boost this year, says Ganesha. 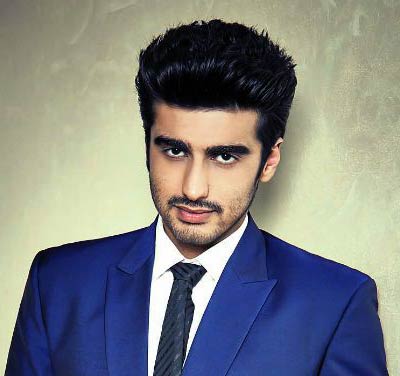 Arjun Kapoor- the good-looking Hunky star of Bollywood is a wonderful combination of good-looks, charm, a strong phsique and great acting talent. Though he has a family background that anyone would love to boast of, he has made it big even on his own merit and capability. Born to Boney Kapoor and Mona Shourie Kapoor on 26th June, 1985 in Mumbai, Arjun did his early schooling from Arya Vidya Mandir school in Chembur. Looking at his current handsome frame, who would believe that he suffered from Obesity problems in his early part of life and weighed 140 Kgs once! Starting his career in the Film Industry as an Assistant Director on Nikhil Advani’s Kal Ho Naa Ho in 2003, he rose well to shine in the movies as the Lead Actor. His debut as an actor was in the movie Ishaqzaade in 2012 opposite Parineeti Chopra, which was a critical and commercial success. He then went on to deliver hit films like Gunday and 2 States. He has now established himself as one of those prominent young and energetic actors who form the second-layer after the mighty Khans. Let’s take an astrological ride with Ganesha and see what he predicts for the dashing Arjun Kapoor for the year ahead.