2 States will strike a chord with the youth of India, predicts Ganesha - GaneshaSpeaks
https://www.ganeshaspeaks.com

2 States will strike a chord with the youth of India, predicts Ganesha 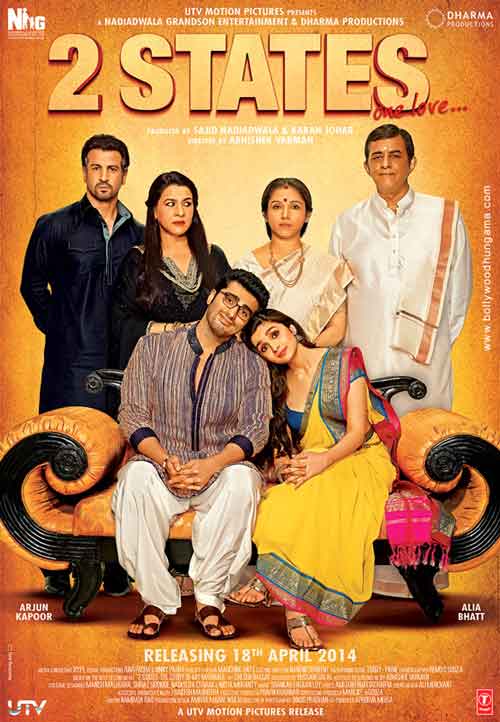 After Five Point Someone, One Nigth @ the Call Center and 3 Mistakes of Life, one more book by ace writer Chetan Bhagat gets adapted into a film. This Friday 2 States, an adaption of Chetan Bhagat’s 2009 hit novel by the same name, will hit the silver screen. The film stars hot and handsome Arjun Kapoor and young and charming Alia Bhatt, who is riding on the success of her last film Highway. Directed by Abhishek Varman, 2 States promises to be a fun-filled film showcasing a love story between a Punjabi boy (Arjun Kapoor) and a Tamilian girl (Alia Bhatt).

Given how different the lead couple’s families are, the narrative of this film looks set be a combination of humorous and emotional situations. And the music by Shankar–Ehsaan–Loy seems to have added the required amount of zing to the storyline. Well, will it all be enough to bring audiences to the theatres? Ganesha analyses the release time chart of 2 States and finds out how it will perform at the box-office.

Astrological points
Ganesha observes that 2 States is releasing with Taurus Ascendant. Venus will be in the 10th House, forming favourable exchange with Saturn in the 6th House. Moon will be in Scorpio, giving exalted aspect to the Ascendant.

How 2 States will perform at the box office?
Ganesha feels that 2 States is likely to have very good opening at box office. It may not go houseful throughout the country on the very first day. Nevertheless, it will have a good collection during the opening weekend.

Overseas business of the movie is likely to be good, as per Ganesha’s view.

This movie is surely going to do better business than Alia’s previous movie Highway.

Ganesha feels that 2 States will earn well during the first week of its release.

As Mercury gives exalted aspect to the 5th House, Ganesha feels that performance of the actors will be good and dialogues may also be very good.

With Venus in the 10th House, the music and camera work will also be good.

Considering the position of Uranus and Mercury in Revati constellation and other planetary combinations, Ganesha feels that youth will be attracted to watch this movie. In all likelihood, the film will get repeat audience.

All in all, Ganesha says that the stars are in favour of 2 States.