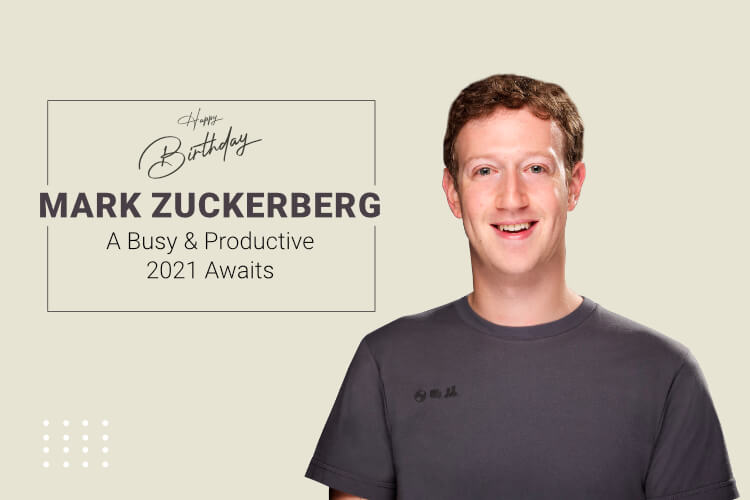 Even before joining Harvard, if you are considered a prodigy, you know you are special. Mark Zuckerberg always had a knack for programming websites and innovation when it comes to technology. What he started as ‘thefacebook’ later became Facebook that we know of today. The company made him the youngest billionaire ever at just the age of 23, and as he turns 37 this 14th May 2021, it is time we have a look at Mark Zuckerberg’s horoscope in detail and uncover what’s in store for him.

Going by the date of birth, Mark Zuckerberg’s Zodiac sign would be Taurus. In his natal chart, Mars and Moon create the Chandra Mangal Yog. Saturn is also from there which inspires him to take leaps in technology sectors. Moreover, Saturn is exalted in Libra, Jupiter is in his own sign, Sagittarius, and the Sun in the Aries is exalted. All of these planets and their placements make him a hardworking personality. In fact, the placement of the Sun and Saturn across each other has made him work really hard to be where he is. Both those planets, exalted in their sigs, have made him innovative for society.

Where do your planets drive you? Are you innovative or hardworking? Find out now with your Detailed Janampatri Analysis.

According to Mark Zuckerberg Kundali, this year can prove to be a rollercoaster of a ride. He is under some scrutiny right now as the privacy of user data is always in question in 106 countries where Facebook is prevalent. Recently, many countries have questioned the policies of data privacy of both Facebook and WhatsApp. All of this can bring some mental stress to Mark Zuckerberg. It can be attributed to Saturn, Moon, and Mars of Libra, which sit in the Seventh house from the Sun.

Currently, his Saturn is in Capricorn. The house of ‘public relation’ may invite some controversies in his public life. This can harm his image and reputation. It would be safe to say that Facebook can face some major and minor accusations from different sources. However, since Jupiter in the 11th house from the Sun, you can expect some steps to improve its policies and its reputation.

As said earlier, controversies are likely to continue to haunt Zuckerberg and Facebook. Rahu from Taurus is currently transiting over his Taurus itself and it can only escalate things further. This will prompt Mark Zuckerberg to take steps in a better direction. This may involve some of the compromises in his business strategies, too. This year seems to be the year of struggle! One outcome to be expected from that. The changes he will make or the steps he may take can change the world of social media altogether.

Take the right steps, move in the right direction. Make the most out of your year with the 2021 Career Horoscope.

Smart glasses were announced recently by Mark Zuckerberg during a conference. This will be a partnership with optics giant Ray-Ban, and naturally, the expectations are high since both the companies are aces in their businesses. These important decisions of his are affected by the aspect of Saturn on the Moon. This prompts new ventures and decisions and also inspires Mark to create something new for the people. The good news, he may also be successful with this venture. Jupiter’s aspect of Saturn, Moon, and Mars will help him achieve that success. Not only a successful product, but it can also help him in winning the people’s trust back.

The partnership with Essilor Luxottica, the parent company of ray ban, can prove to be a successful one in this regard. The problems that Mark Zuckerberg is facing are due to Saturn’s aspect on Cancer, and its lord, Moon. Jupiter is also placed eleventh from the Sun, and both things combined can make this partnership successful. The planets tell us that he may go to many lengths during this period to try and do something new.

In the long term also, this partnership shows all the signs of a flourishing one.

In 2011, at 23, Zuckerberg was the youngest billionaire ever. His total worth touches More than three thousand billion in 2021, making him the 5th richest person in the world. Astrologically speaking, 2021 can be a bit expensive with some expenditure on the technology itself. We can see it as an investment, as these expenditures on technology can only help him increase his wealth in the future.

Are you also worried about your finances for the year? Learn more about them with the Free 2021 Report.

We can see some struggles and challenges in Mark Zuckerberg’s 2021. He will do his best to get people’s trust back. New decisions and some changes can be predicted with his business strategies. The wealth, on the other hand, will not be a point to worry upon. With new innovations in his industry, he will create new jobs and new opportunities for others, too.