Coal India Limited (CIL), which calls itself the world’s largest coal producer, deals in non-coking coal & coking coal for various purposes. A Schedule ‘A’ ‘Navratna’ Public Sector Undertaking under the Ministry of Coal, Government of India, CIL has its headquarters in Kolkata. The company boasts of around 3,97,000 employees, and claims to follow environment-friendly practices. Major consumers of the company’s products include power and steel sectors, cement, fertilisers, brick kilns, etc. With a vision to emerge as a global player in the energy sector and with a mission to produce the planned quantity of coal efficiently and economically, the company is definitely on its way to reach the peak in the league to giant corporates.

However, there may be some hurdles & struggles on its way to success. Will CIL manage the crisis & sustain the competition? Ganesha finds out with the help of Vedic Astrology. 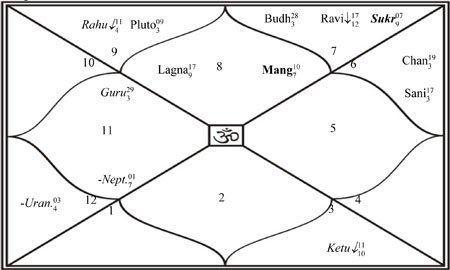 The listing date of Coal India Limited is 4th November, 2010 and the rising ascendant in the Horoscope is Scorpio. The company’s map portends the leadership potential of the firm and other employees of the organization including the stock holders. Scorpio Ascendant also judges the standpoint of the company towards its shareholders and employees.

Ascendant Lord and the Lord of the 6th House is Mars and it is posited in its own House in Scorpio. Mars brings vitality amongst the staff members. However, the management may take some stern and aggressive actions to restore normalcy in the organization

Lord of the House of finance, economical position and speculation Jupiter, which is posited in 4th House and is considered to yield fruitful results in the
commodity trade. The esprit of the employees is high and the company registers remarkable returns.

Lord of the House of fortune and destiny is Moon, and Lord of the 4th House – Saturn is in combination with the 11th House – the House of gains. This combination is highly favourable of the company. This combination is strong in Navmansh kundali in the zodiac sign Gemini. Moon is quite helpful for the general work force and it may produce successful results. The demands of the workers receive due weightage. The position of Saturn in the 11th House is
considered unfortunate as it causes impediments and contractions in the company’s activities. But, combination with Moon and Saturn bereft of affliction, brings about harmony amongst the employees. The employees also adapt a co-operative approach, which helps in regulating the work.

The Lord of the House of partner and FII (Foreign Institutional Investor) is Venus, which is posited in the 12th House, its own House in the zodiac Libra. Thus, in future, this combination may increase the flow as a partner term. As Venus receives affliction, it indicates speculation or it may even encourage
gambling, which turns out to be a losing proposition. The placement of Venus in this House creates hurdles in repaying the loans.

And the Lord of the 10th House is Sun, wherein the House signifies seat of power like President, CEO, Chairman of the board. Sun is posited in 12th
House in the zodiac Libra, the debilitated sign.

The period upto 26th June, 2011 is not in favour of Coal India Ltd. As far as stock market is concerned, take an exit after every jump and do not create long position in short term gain.