Disinvestment Of Air India : How will affect the country's economy? - GaneshaSpeaks
https://www.ganeshaspeaks.com

Disinvestment Of Air India : How will affect the country’s economy? 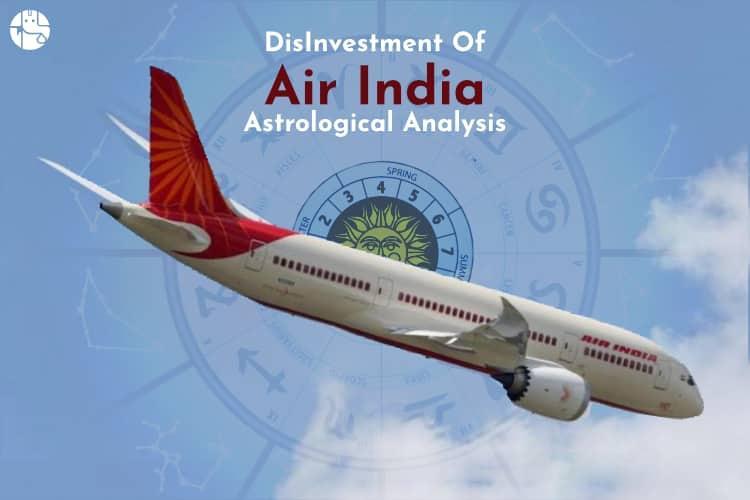 Air India was the first airline company in India. It has been the largest airline company since then. It was founded in 1932 when the Hindustan was British India. It turned into a corporate republic in 1946 and was nationalized in 1953. At the same time, it was named Air India. Later, on 21 February 1960, it took the delivery of its first Boeing 707, named Gauri Shankar, and became the first Asian airline to include a jet aircraft in its fleet. We have highlighted the date ‘21 February 1960’ here, because the further analysis will be based on this date.

The scenario here is that the Indian Government has made preparations to sell its largest airline company. In other words, the government wishes to raise funds through Air India’s disinvestment. The government has released an official statement about the same and has started collecting applications from interested companies. This is being done because, Air India which once held the status of Maharaja, is now under the debt of about 60,000 crores. Hence, to avoid the bankruptcy of this company like King Fisher Airlines, the government has decided to sell it at a 100 percent stake. Hence, this step aims to save the company with no loss to employees.

But, the way the Indian Government is adopting the policy of disinvestment for public sector companies like Air India; how effective will it be for the Indian economy? In this subject, the experienced astrologers of GaneshaSpeaks.com have tried to conduct astrological analysis based on the horoscope of Air India, using the date 21 February 1960 as reference. So let’s discover what the stars of Air India say according to the Vedic astrologer.

As a reliable time of Air India’s establishment is unavailable, its analysis and forecasts have been done based only on the location and date of installation. They are based on the sun horoscope, and the date 21 February 1960 is used as the source.

Ganeshji predicts that the way Air India is facing major economic difficulties, its future looks full of uncertainties. Come let’s see what the stars are telling for the future of Air India.

How efficient will the Indian Government’s disinvestment plan be for Air India?

The planet Jupiter seems to favor Air India. Jupiter is transiting through the 11th house as per the horoscope. During this period, Air India can expect some relief in its financial crisis. Saturn’s inauspicious transits, which had been operating for the past seven-and-a-half years, is now over; hence, we can now expect a comprehensive solution.

The period post-June 2020 will be favorable for the better progress of Air India. It appears that in the time span of September to November 2020, the uncertainties will fade.

Will Air India recover from the Rs 60,000 crore debt after disinvestment?

On studying Air India’s horoscope, we found that the company has the chance to get some financial relief after the disinvestment due to the visible effects of Jupiter.

However, the substantial deal will not be enough to fully recover from the loan. The buyer company will be given a liability of only Rs 23,286 crore, while the remaining Rs 37 thousand crores will be repaid by the Government of India. Yet, some relief can be foreseen in the current situation. After disinvestment, many aspects will also depend on the buyer company. For example, how they manage Air India, and how much customer satisfaction would be Generated.

Will the Indian economy pick up pace after the disinvestment of state-run public companies?

Ganeshji says that it is too early to predict the complete matter right now. Because, after the disinvestment, many reforms will be done and some new policies will also be implemented. By keeping those policies and conditions in mind, Ganesh Ji will be able to predict its impact on the Indian economy by making astrological calculations according to time, time and situation.