Your search for a life partner may end this Makar Sankranti 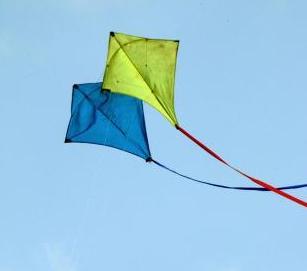 The apparent movement of the Sun from one zodiac sign into another is termed as Sankranti. Makar Sankranti is celebrated when the Sun transits from Dhanu Rashi (Sagittarius) to Makara Rashi (Capricorn).

While our traditional calendar is based on lunar positions, Sankranti is a solar event. Hence, while dates of all Hindu festivals keep changing according to the Gregorian calendar, Makar Sankranti is one of the few Hindu festivals, which are celebrated on a particular date – 14th January, every year. The day on which the Sun begins its journey towards the north, is referred to as Makar Sankranti.

Makar Sankranti is celebrated in other countries as well, but with different names and in different ways. In Nepal, it is known as Maghe Sankranti, in Thailand it is called Songkran, in Laos, Pi Ma Lao, and in Myanmar it is celebrated as Thingyan.

Astrologically speaking, Sun enters the House of Shani, the Lord of Makar Rashi. Sun and Saturn are considered to be inimical planets. In spite of differences, Lord Sun, makes it a point to meet his son, Shani, on this day. The day thus symbolises the importance of relationships. It signifies a beginning of relationships, especially if you are unmarried. Despite a weak birth chart, one can look forward to bumping into his/her soul-mate.

There is a myth that it was on Makar Sankranti that Lord Vishnu put an end to the increasing violence of the Asuras (Demons), by killing them and burying their heads under the Mandar Parvat. Hence, the festival also represents an end of negativities in the life of human beings.

Makar Sankranti marks the end of an inauspicious phase, which according to the Hindu calendar, begins around mid-December. It is the beginning of an auspicious phase, which can mobilise an individual’s stagnant career and therefore one can look forward to a bright career. Since the festival is dedicated to the Sun God, and Sun is regarded as the symbol of divinity and wisdom, the festival brings forth the best in you, and also makes things work for you. Your delayed venture will get going.

Makar Sankranti is a period of enlightenment, peace, prosperity, and happiness.

If you are curious about the effects of Makar Sankranti, just ‘ask a question’ to our celebrity astrologer, R Sakuntala, at ganeshaspeaks,com, and get a personalised prediction.

May Lord Ganesha bless you with happiness and prosperity this Makar Sankranti.