Times may remain tough in the coming 3-5 months for strife-torn Yemen, indicate the planets. 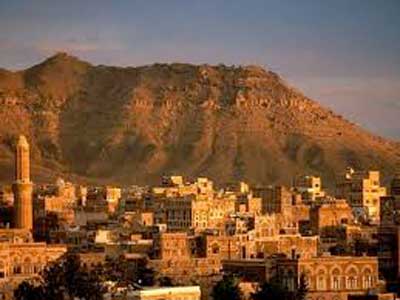 The recent escalating air-strikes by Saudi Arabia against the Iran-backed Houthi rebels in Yemen have been dubbed as a regional proxy war between Saudi Arabia and Iran. The two countries have been training and financing rival militants in the Syrian civil war. But, the talk of a proxy war overlooks the local actors who are shaping the conflicts in the strife-torn country. The Houthi movement has been able to advance across Yemen, largely because of its alliance with the past regime of Ali Abdullah Saleh, and because of its ability to tap into disillusionment with the poor performance of the current Abd-Rabbu Mansour Hadi government. And although, Iran may have aided the Houthi movement, it does not appear to be at the root of the emerging Yemeni civil war. However, Saudi Arabia’s direct involvement does expose its insecurities about Iran’s mounting influence in the region, and it is more likely to intensify the conflict than help douse it.

Where this complicated conflict is headed is anybody’s guess, but Ganesha, with the help of Vedic Astrology, attempts to look at the fate of the war-ravaged Yemen.

Ganesha notes that Yemen is currently under the influence of Sun Mahadasha and Rahu Bhukti. Mars is placed in the 7th House (the House of war and partnerships) in Yemen’s foundation chart, which indicates rivalries between different groups within the Yemeni society itself.

The Dasha Lord Sun is placed in the 10th House in Yemen’s Chart, and Mars is aspecting the Sun as well as the Ascendant. This may be held as the reason that Yemen has been facing terrible conflicts between several different groups, pushing the country into a “Civil War”.

Further, the malefic Rahu is placed with the currently retrograde Saturn in Yemen’s 6th House, which is a clear indication of foreign intervention, secret plots supported by the neighboring countries, covert action and a proxy war on the soil of Yemen.

Ganesha also notes that Yemen will come under the influence of Sun-Rahu-Ketu Dasha period from 5th May 2015 onwards. As all the planets are hemmed between the adverse Rahu and Ketu, the forthcoming period looks extremely dangerous for the country. Sectarian violence and regional power struggle may continue to shake the very foundation of Yemen.

Overall, the planets bode that the situation looks very grim, and there could be no relief for the country till 19th September 2015. Nonetheless, we can hope and pray that the transiting Jupiter comes to Yemen’s rescue—which looks set to increase the hopes of peace and ceasefire after 18th July 2015.

Ganesha wishes well for everyone.