The Age of Aquarius Meaning in the Bible 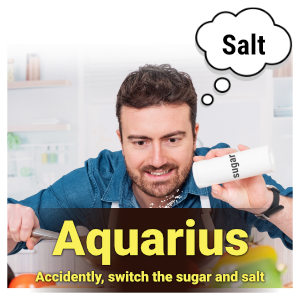 Back in history, the vernal equinox occurred in Aries’ constellation when the Babylonians calculated the Zodiac. When Jesus Christ was born, which also marked the commencement of A.D. – the vernal equinox occurred in Pisces’ constellation. And, astrologers point out that the vernal equinox began to take place in the Aquarius era’s constellation around the year 2000 A.D. Henceforth, right now, we are traversing in the Age of Aquarius meaning, there are divided views on when exactly this began, but the most prominent belief is that the Age of Aquarius commenced somewhere around the last 20th Century (1990’s) or even with the beginning of the 21st Century.

The Dawning of the Age of Aquarius: What We Can Expect?

To know what to expect from the new Age of Aquarius era, we need to get hints from the Zodiac sign Aquarius. Age of Aquarius meaning standing for unity and brotherhood along with ideas for development and growth. Modern astrologers are of the viewpoint that – in the forthcoming era, the common notion of separate nations will pass, and humankind will come together as one common race instead of citizens of different nations. Astrologers have predicted that the human race will achieve its goal of World Peace by the next two thousand years or so.

This idea, however, looks like a distant dream as of now. In fact, the Aquarius Age hair started on a wrong note in the first place – with nations and people engaged in warfare against one another. There have been wars and conflicts – ranging from the major ones (the recent one between the United States and Iraq) to civil and cold wars to bombings and internal struggles.

The second most dangerous thing that the world has witnessed right from the beginning of the Aquarius Age is widespread terrorism, which is largely believed to be a by-product of Islamic fundamentalism. However, the truth is that it is not just the followers or propagators of one religion who are involved in this gruesome activity, but a much larger and wider network that encompasses almost the whole world, including the affluent and so-called advanced countries and continents.

Plus, there has been a rampant increase in the aggression and frustration within the people, owing to various reasons, but leading to unrest, cold war, political strife, and warfare. Smaller countries and hitherto unknown (for such reasons) belts of the world like Gaza, Israel, Bali, Ukraine, Syria, Rwanda, Egypt, Kiev, Somalia, and many, many more have been roped in, bombed, or left struggling amidst all these dangerous situations.

We live in a time, where Career and Business play a significant role, so knowing what to expect from that is also necessary.

The Age of Aquarius Spiritual Meaning

As a matter of fact, the world today stands divided into two – terrorism/destruction versus the rest of the world. The people involved in terror activities don’t follow any religion – in fact, these people have no religion; they just want to spread destruction all over the world so that they can get attention and someplace in the whole world to carry on with their destructive activities, and somehow live on until they perish from the face of the earth.

Sin in the world has increased alarmingly, which includes – greed, violence, immorality, mass murder of people who either follow a particular religion or belongs to a particular race. Another evil in the world is the fact that wealth is not evenly divided among all people. On top of it, a large part of the world’s total population is suffering from poverty, hunger, and unemployment, and many of these people can’t even afford to pay for their basic amenities, education, and health care facilities. The gap between the rich and poor has increased drastically, and due to this imbalance and economic disharmony, people are more divided, agitated, and furious.

However, this is just the beginning. And, there always is a struggle, strife, and challenge, before a major change – well, that’s the way of the world and the law of the theory of evolution. If you go by the huge amount of time Astrology allots to an Age, this is just the beginning of the Age of Aquarius – things will soon start to be glaring enough that there will be rebellion – in fact, it has started already! And, once people and the world realises – including the so-called Super Powers – that their way of living and leading is only leading them to doom – they will have no choice but to change their ways for the better – for their own survival.

The dawning of the Age of Aquarius is the Sign of Humanity – the whole, worldwide humanity is at its focus. Thus, in the coming time in the Age of Aquarius, we may see many efforts towards world peace and betterment. Nations and groups may come to an understanding that they have to work together for a common cause for their own good.

We may also see widespread progress in the elimination and eradication of evils and issues of malnutrition, epidemics, poverty, ignorance, lack of education, ill-treatment of women and children, gender inequality, infant malnutrition, etc.

An Aquarius child will be earnest and obedient but will demand a lot of freedom in life, so it is essential to understand them from the start, read how would Aquarius relationship be with you.

Progress and development of the society are what the focus of the Zodiac Sign Aquarius is, but in the process, it often forgets to improve the lives of the individuals. It is the Sign of Humanity, so often focus is on the larger, broader view, and we may expect improvements on these areas and scales during the Age of Aquarius. However, often, Aquarius gets stuck in its own thought patterns as to – ‘this thing is right, and that thing is wrong’. Aquarius tends to forget the improvement at the individual level; thus, Aquarius fails at the micro-level.

Political ideology concerning growth and development, ideology concerning warfare, terrorism, etc., are all manifestations of the thinking belonging to the Aquarius Sign. Aquarius Sign also stands for intellect (mind), and for this very reason, it loves its own principles and essentially remains isolated from the heart. Probably, these are the manifestations that we have begun to see in the Age of Aquarius too.

As per the astute Astrologers, the motto of Aquarius is to travel and stay away from the evil forces and to discover the deeper truth of mankind by tapping into its intelligence in order to create a peaceful, loving, and prosperous world.

As far as the negative qualities are concerned – Aquarius is a Fixed sign, which stands for rigidity and stubbornness of thought patterns. Malice and frigidity are its other negative characteristics, with anger being the shadow side of the Aquarius Sign.

Note: The above insights are largely about the Zodiac Sign Aquarius and not about an Aquarius person.

The Age of Aquarius Era

As per the Astrologers, the Earth has just completed revolving approximately around two percent in the relatively new age of Aquarius. Thus, we should focus more on the positive qualities rather than on the negatives.

Aquarius points towards acquiring deep knowledge in science and invention. Moreover, Aquarius, being an Air Sign, rules the airwaves and undoubtedly indicates many amazing inventions, which are directly related to the airways. Thus, even Astrologers are amazed and awed by the fact that this Age of Aquarius is going to bring. The journey to Mars was just the beginning!

Modern Astrologers, obviously, point out that we can expect many more trips through space. So, Virgin Airways Dream Space Trips may really be not such a distant fantasy, after all!

Also, with the dawn of Aquarius being an intellectual Sign, the future is likely to be distinguished by unimaginable intellectual accomplishment. Among the topmost priority of this year of Aquarius Age – would be to safeguard the environment and the invention of new technology to solve the issues of diminishing supplies of resources on Earth.

Aquarius is the sign of hope and desire; Astrologers are of the viewpoint that in the Age of Aquarius, mankind will accomplish universal brotherhood and harmony, which is indeed good news for all of us – humans. The special privileges that the rich and the affluent gained will be a thing of the past, and in the coming times, the person who has gained learning and can utilise it to achieve something in life may be considered noble.

Love and sex are also part of the hope and desire that Aquarius is known for, so why don’t we find out if two Aquarius are compatible with each other.