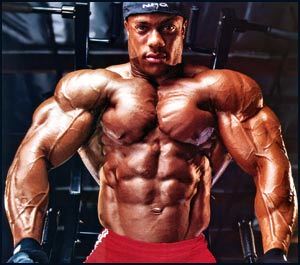 From 1998 to 2002, Phillip Heath was a basketball player and played for the team at the University of Denver. According to Phil, playing basketball and
representing his team on big platform was like a dream come true. It taught him the importance of self-discipline, hard work and humility. But his poor performances at the basketball court were criticised by many. Moreover, people considered him to be rather bulky for a basketball player.

His career as a basketball player was over within four years, but he didn’t lose heart. Phil turned his weakness – his heavy body – into his advantage. In 2002, Phil turned to body-building, and started training for professional tournaments. He won his first title in 2005, and hasn’t looked back since then. Today, in the world of body-building, Phil Heath is a name that inspires thousands of body-building aspirants to hold on to hope.

Ganesha reads Phil’s Surya Kundali to examine the factors that might have helped Phil convert his failures into success. Will he be able to sustain his winning streak in the months to come? Or will fitness become a cause for worry? With the help of Vedic astrology, Ganesha tries to foresee what the future holds for this champion. 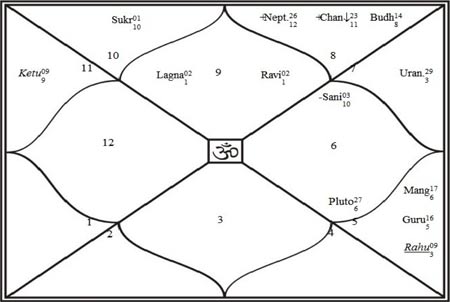 Astrological Observations:
Ganesha observes Phil’s Surya Kundali and notes that Rahu is transiting over his Natal Moon and Mercury. Mars is transiting over Natal Rahu, Mars
and Jupiter through the 9th House. Due to the close conjunction of Natal Mars and Rahu, he is able to combine strong determination, power, stamina and aggression. Transiting Jupiter produces auspicious effects in the 5th House of luck. Ketu is transiting through the 6th House of competition.

Astrological Predictions:
The transiting Sun is conjunct with Mars, both planets that produce fire, and the result was the fiery performance in 2011 Mr. Olympia Championship. Heath has achieved the top rank with this historic win during the phase of Saturn Return.

Ganesha feels that Ketu’s transit through the 6th House may cause some health issues due to which he may feel stressed. During the period between February and April 2012, he may also face minor injuries due to the retrogression of transiting Mars. Hence, he should take extra care of his fitness in these three months, suggests Ganesha.

Mars is transiting over Natal Rahu, and Mars will help him channelise his energies in a positive direction. His performance level will definitely increase and he may also pursue his goals more aggressively. Ganesha feels that his energy level and stamina will be at their zenith during the 2nd half of 2012.

May Lord Ganesha shower His blessings on Phil Heath this birthday, and help him achieve more milestones in the years to come.