Planets to adversely affect Azad throughout the year, feels Ganesha… 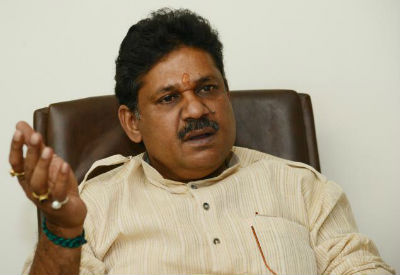 Famed for being a part of the Indian cricket team which won the 1983 World Cup, Kirti Azad, who later turned into a BJP politician, has recently landed in a dire controversy after leveling graft allegations against Union Minister Arun Jaitley. The party’s Central Disciplinary Committee has found him “failing in maintaining discipline” and “causing embarrassment to the party”, as a consequence of which he has been suspended. The matter is now with the party’s Central Parliamentary Board to initiate further action. Kirti Azad is currently serving his third term in the Lok Sabha. He won the 2014 Lok Sabha Elections from Darbhanga.Azad had leveled graft allegations against Union Minister Arun Jaitley during his 13-year-old tenure as the Delhi and District Cricket Association (DDCA) chief. As a cricketer, Azad was selected for the tour of Australia and New Zealand in 1980-81, and he made his Test debut at Wellington.

[Owing to the unavailability of credible birth-time of Azad, the analysis and predictions have been done on the basis of the Solar Chart/ Surya Kundli with the help of his birth-date and birth-place only.]

1) Astrologically, why has he landed up in such a mess?
Important astrological observations:

2) Will the path ahead be a bright one for him, or are some more problems indicated?
Important astrological observations:

Ganesha wishes a great time ahead to Kirti Azad.