Jupiter Retrograde In Virgo 2017: Will The Luck Be In Your Favour? 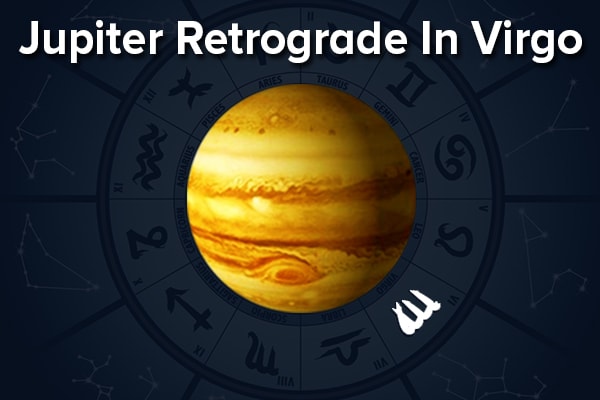 [Please Note: The predictions are to be considered according to the Moon Sign. But, some effects will also be applicable for the Ascendants.]

Jupiter Retrogression In Virgo: The Time To Re-Assess The Ratio Between Our Efforts And Fortune

This is the time to get back to that part of the year, when Jupiter will be turning Retrograde in Virgo Sign From 6th February 2017 until 9th June 2017. The planet Jupiter is the ruler of wisdom, generosity, kindness and during the retrogression phase, it gives mixed results. The Jupiter Retrograde can create adverse effects in the fields of education, finance, philosophy and spirituality. Moreover, there may be blocks in fortune and our intuition may not work as effectively as it would during a normal phase. You will also have to keep a control on your expenses. These are just some of the general indications, find out what Ganesha feels about the 12 Signs.

Jupiter Retrograde In Virgo For Aries

Ganesha feels that this will be an intense period for your interior modification, both physically and psychologically, hence you might find yourself coming closer to your dreams now. Try to be more focused as your willpower and determination at work might get tested. Thus, the Guru Retrograde 2017 seems to be a little dicey for the Aries Moon Sign natives. You might feel that things are getting out of your control. You will stay more engrossed in your routine life. Health will require attention during this phase. Hence it is advisable to keep control on your eating habits and be extra careful about your daily diet chart.

Jupiter Retrograde In Virgo For Taurus

You are likely to focus on improving the strained relationships from the past, be it with friends or family. You might start thinking more logically, rather than getting carried away by emotions. If you have been discontented with some aspects of your career, then you may need to put in extra efforts to earn what you deserve at your workplace. You will have to get in touch with the reality to achieve your target. Those who are involved in relationships will have to be patient, as this effect of retrograde Jupiter can test the strength of your bond with your mate, feels Ganesha.

Jupiter Retrograde In Virgo For Gemini

If there have been any problems with your loved ones in the past, then you will work on sorting them out. You will receive enough support to get closer to your goals during the Jupiter Retrograde 2017. You will put in your best efforts in achieving your targets at work. This is the phase where you would like to pursue further education and add some values to your career now. You might become too demanding and this aspect may ruffle the feathers of others. Hence Ganesha advises you to be happy with what you have, and not expect too much from others.

Jupiter Retrograde In Virgo For Cancer

The Jupiter Retrograde 2017 seems to be favorable for you. Travel plans seem to be in the offing and you might want to explore new places and learn new things. You will have to put in extra efforts to prove yourself at work and the path is not going to be easy. It is going to be beneficial if you adapt to changes easily coming your way. This transit will make you start talking more philosophically than ever. Health looks fine. Try to involve in some daily sports activities for better fitness in life, says Ganesha.

Jupiter Retrograde In Virgo For Leo

The Jupiter Retrograde 2017 is advising you to be careful while communicating your thoughts to others. There are chances of conflicts with people around if you do not convey your thoughts or feelings properly. During the Jupiter Retrograde in Virgo you might see unexpected changes in your finances, hence try to plan out things properly in advance. Do not underestimate yourself, and take the
plunge for writing or speaking. You will also be able to expand your wisdom and knowledge and discuss ideas with people around you. Ganesha suggests you to be organised in your eating habits, as this will help you to avoid health issues.

Jupiter Retrograde In Virgo For Virgo

During the Jupiter Retrograde 2017 you shall start focusing more on developing yourself. You are likely to be more generous and kind towards others and will start believing more strongly in the ‘power of giving’. This aspect of your personality will impress the people around you. Instead of giving in to the monotony of your daily routine, it would be better to break the shackles and finally sail towards searching the real purpose of your life. Health front looks good for the time being. Ganesha predicts that the Guru Retrograde 2017 will be an excellent time to meditate and make life more peaceful in the months to come.

Jupiter Retrograde In Virgo For Libra

During the Jupiter Retrograde 2017, you will feel a bit low and may be quite diffident in your approach. There will be a tendency within you to make excuses. As the retrogression will be taking place in the 12th House, you will be facing some problems in matters related to foreign travel. You will have to be prepared for the unplanned expenses that you may incur during this period. You may feel emotionally unstable and it would be due to the continuous changes taking place in your life.

Jupiter Retrograde In Virgo For Scorpio

Jupiter Retrograde In Virgo For Sagittarius

During Jupiter Retrograde 2017, Sagittarius, you will be put in determined efforts to manage your personal and career front. You will work towards acquiring some skills that will help you to promote yourself in your work field. You need to focus hard on your work if you need real progress in your work life. You might find some obstacles and uncertainties in your personal life, which can affect your health as well. Ganesha advises you to not contemplate about things or situations too much. It would be better to stay calm and go with the flow during this transit.

Jupiter Retrograde In Virgo for Capricorn

Jupiter Retrograde In Virgo For Aquarius

The Jupiter Retrograde 2017 does not look highly promising as there are possibilities of conflicts with family members. Relationship with friends might also get strained. This retrograde effect might frustrate and low your spirits, as you will not get what you deserve even after repetitive efforts. Do not take any initiative at your work front as your overall progress does not seem to be in your favor. Ganesha says, to not be afraid and try to focus on your target now.

Jupiter Retrograde In Virgo For Pisces

It seems like life is playing tricks on you, and you are not able to see things clearly as you should be. This is the period where you would become more philosophical and try to advise others for their development. During the Jupiter Retrograde 2017, you might experience higher spiritual growth. The professional front might concern you now as there are chances of conflicts and you may not be able to get along with people around you, feels Ganesha.

Other Planetary Specials By GaneshaSpeaks.com:

1) Jupiter Transit 2018-19: Jupiter In Scorpio: Effects On 12 Moon Signs
2) Saturn Transit In Sagittarius: Insights About Retrograde Saturn and Saturn-Jupiter-Ketu Conjunction
3) Interesting Aspects About Sade Sati – The Tough 7.5 Year Grinding Phase Of Planet Saturn
4) Saturn Transit In 2017: Effects On The 12 Moon Signs
5) Venus Retrograde In Pisces 2017: Time To Strike A Balance Between Emotions and Practicality
6) Mars Transit 2017: Mars In Aries – Get Ready To Enjoy The Adrenaline Rus